Fayaz Bukhari
Srinagar, Apr 29: A bullet-riddled body of a militant who was killed during an operation launched last evening at Kanthpora in Lolab area of North Kashmir’s Kupwara district was recovered this morning.
A police officer said that Army’s 28 Rashtriya Rifles (RR) and Special Operations Group (SOG) of Jammu and Kashmir Police cordoned off Pir Mohalla area of Kanthpora in Lolab last evening and conducted searches for a militant who was hiding in the village.
“The militant who was holed up in a mosque since last night believed to have escaped during an encounter at Gujjarpati village in Putshahi area on April 21 was killed in the shootout”, Police said.
Three of associates of the militant were killed in the encounter on April 21 at Gujjarpati village in Putshahi area of Lolab. The militant was injured in the gun battle but escaped from the cordon. Security forces had launched massive operations against him. He had taken shelter in the local mosque in injured condition and was being tracked by security forces.
The police officer said that last evening, when the security forces conducted searches, the militant tried to break the cordon. “In the initial exchange of fire, the militant managed to give slip to the security forces in the injured condition. The search operation which was immediately launched was hampered by the locals of the area by resorting to stone-pelting on security forces,” he said.
However, he said, this morning the joint team of security forces used sniffer dogs and launched the massive searches after locating blood stains of the injured militant. Later, the security forces recovered militant’s body which was lying near the local graveyard of the area.
The killing of this militant has taken the number of militants killed this year so far to 35. Majority of these killed militants belonged to LeT.
Meanwhile, the protests broke out in the area for the second day today after news of killing of militant spread in the area. The militant was later laid to rest. Sources said clashes and protests raged in several areas of the Lolab including Kathpora, Cherkote and Lalpora. 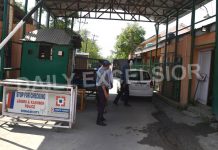 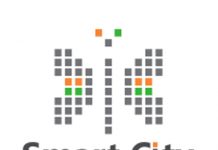 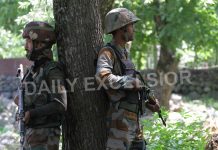 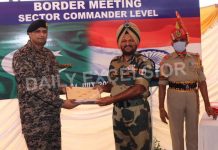 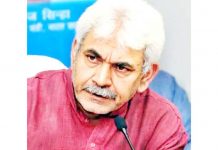 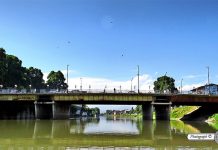 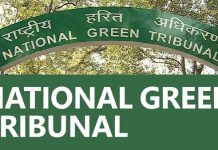 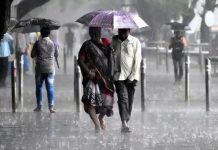