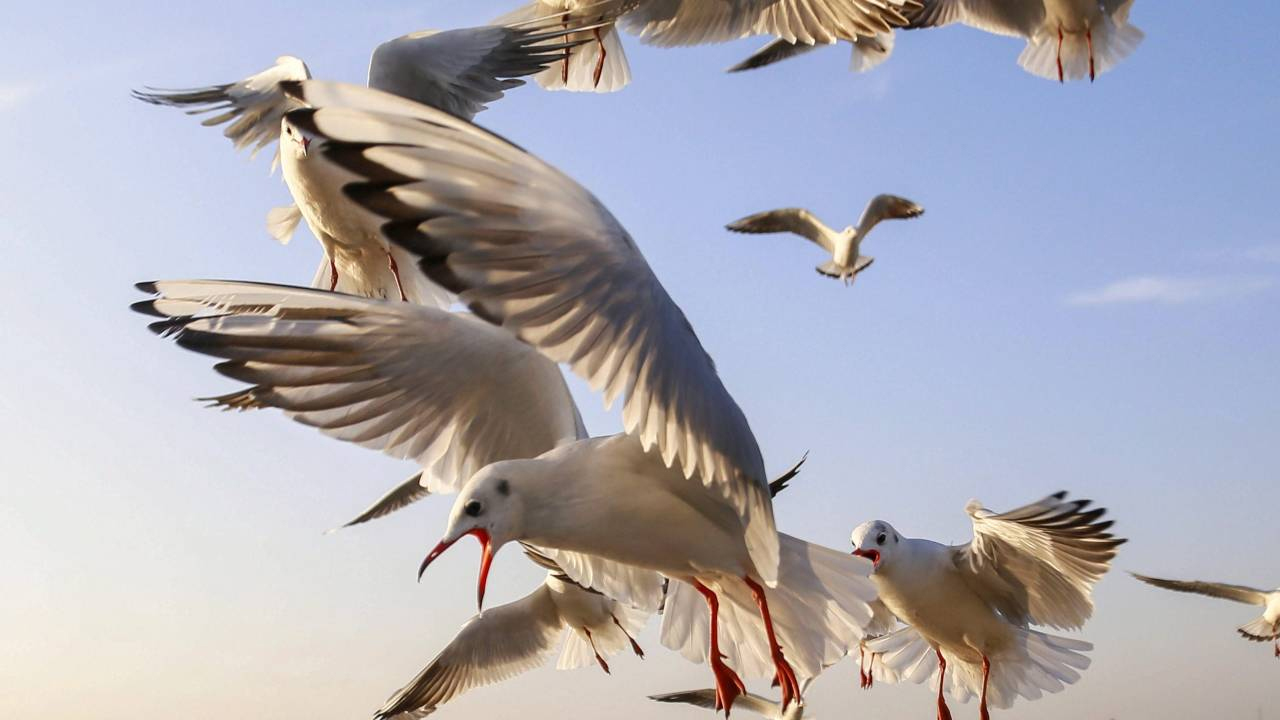 HARIKE (Punjab), Nov 27:
Migratory birds from different countries have started arriving at Punjab’s Harike wetland, with around 40,000 winged visitors reaching the northern India’s largest wetland so far.
More than 90,000 migratory birds of over 90 different species from different countries, including Siberia, Mongolia, Kazakhstan, Uzbekistan, Russia and other parts of the world arrive at the Harike wetland every year after water bodies get frozen in their native places in winter.
Harike wetland, spread over 86 square kilometers in Tarn Taran, Ferozepur, and Kapurthala districts, serves as a home to rare species of migratory water birds during the winter season.
The wetland is situated on the confluence of Sutlej and Beas rivers.
According to an official of Punjab’s wildlife preservation department, around 40,000 migratory birds have so far arrived at Harike wetland, which is also known as ‘Hari Ke Pattan’.
The number of migratory birds is expected to rise in the coming weeks, said the official.
Winged guests like spoonbills, painted storks, coots, common pochard, ruddy shelduck, gadwall, bar headed geese, greylag geese and common teal have arrived, said Gitanjali Kanwar, coordinator, World Wild Fund for Nature (WWF) India.
“Shoreline birds like gulls, terns, sandpipers and plovers are the first ones to arrive,” she further said.
“The migration of birds this time is a bit late but more birds will be arriving in the coming days,” she added.
“We are waiting for flocks of greylag geese and red-crested pochard. They have come but in small groups,” said Kanwar.
The exact numbers of their arrival could be known only in January when the census of water birds will be conducted, said Kanwar.
Migratory birds which arrive at Harike wetland stay till March.
Last year, a total of 74,869 migratory birds of 88 different species had arrived while in 2020, the number of the winged visitors was 91,025 belonging to 90 species.
A total of 94,771 birds of 94 species had arrived at the wetland in 2018 and while in 2019, 1,23,128 winged visitors of 83 different species had flown in.
Kanwar said awareness camps were also organised for riparian communities which are living near the wetland for their involvement in preserving the area of avian guests.
The official of the wildlife preservation department said patrolling teams have been deputed at Harike to check poaching of migratory birds.
“Round-the-clock patrolling is undertaken. Patrolling is also done through motorboats,” said the official. (PTI)
The department has also deputed guides to facilitate tourists.
Apart from the Harike wetland, migratory water birds also arrive at Keshopur Miani wetland, Nangal wetland, Ropar wetland, Kanjli wetland and Beas river wetland in the state. (PTI)