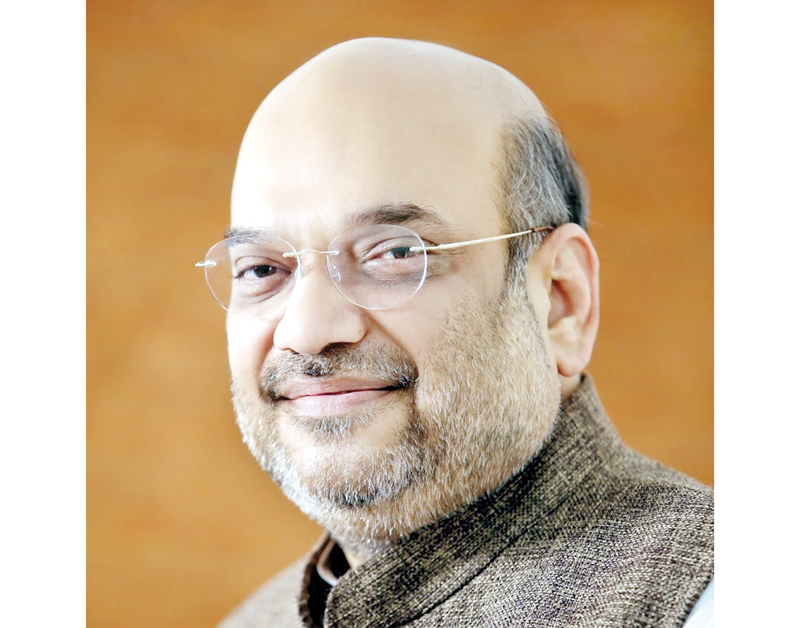 JAMMU, Oct 2: Ahead of Union Home Minister Amit Shah’s three-day visit to Jammu and Kashmir starting tomorrow, there has been massive enthusiasm among Paharis as they are anticipating a major announcement for them from Shah at New Bus Stand Rajouri rally scheduled on October 4.

Paharis, who are expecting announcement of Scheduled Tribe (ST) status to them from the Home Minister, have started reaching Rajouri from far off areas of Rajouri and Poonch districts to attend the rally as they say the years long discrimination with them is going to end with Shah’s historic announcement on October 4.
Reports said all kind of transport has been booked by the Paharis for October 4 to reach the rally venue, which has sitting capacity of 25,000 but the BJP and administration expect that number of people will far exceed the capacity going by the response to the rally.
In view of this, the BJP has asked its workers of other districts of Jammu region not to reach Rajouri on October 4 and allow only the people from Rajouri and Poonch districts to attend the Home Minister’s rally.
Sources said the report pertaining to grant of ST status to Paharis, which was submitted by the Commission earlier, has reached the Tribal Affairs Department in the Government of India from where it will be forwarded to the Registrar General of India followed by Cabinet approval.
After Cabinet nod, the Parliament will carry out amendment in the Reservation Act. As the BJP is in majority in both Houses of Parliament, it will not be a problem for the Government to get the amendment through.
“All hotels, Guest Houses and other kind of paid accommodation is full in Rajouri. Some people from mountainous areas have started reaching the houses of their relatives in Rajouri and nearby areas to join the rally,” the reports said.
BJP UT president Ravinder Raina is monitoring all arrangements for Rajouri rally.
Sources said all security arrangements have been made for the Union Home Minister’s visit in the Union Territory.
Lieutenant Governor Manoj Sinha also monitored security arrangements for Shah’s three-day visit.
Meanwhile, the Union Home Minister will reach here at 5 pm tomorrow.
After his arrival, he will meet some delegations including those from Gujjars and Bakerwals and Yuva Rajput Sabha. He is also scheduled to meet some senior BJP leaders.
On October 4 morning, Shah will fly to holy cave shrine of Shri Mata Vaishno Devi Ji and pay obeisance to the Goddess on the occasion of Durga Navmi.
He will then fly to Rajouri town and address massive public rally there.
On his return to Jammu, the Union Home Minister will inaugurate and lay foundation stone of development works of Jammu region from the Jammu Convention Centre (JCC).
He will fly to Srinagar on October 4 around 5 pm.
In Kashmir, Shah will address a massive public rally at Baramulla on October 5 morning. Several BJP leaders from Jammu and Kashmir are camping in the Valley to make the rally historic.
In Srinagar also, Shah will inaugurate and lay foundation stone of development works.
He will also chair a high-level security review meeting along with Lieutenant Governor Manoj Sinha in the afternoon of October 5 which will be attended by top brass of civil administration and Jammu and Kashmir Police and senior officers of Central Armed Police Forces (CAPFs), Intelligence agencies and all other security agencies engaged in anti-militancy operations.