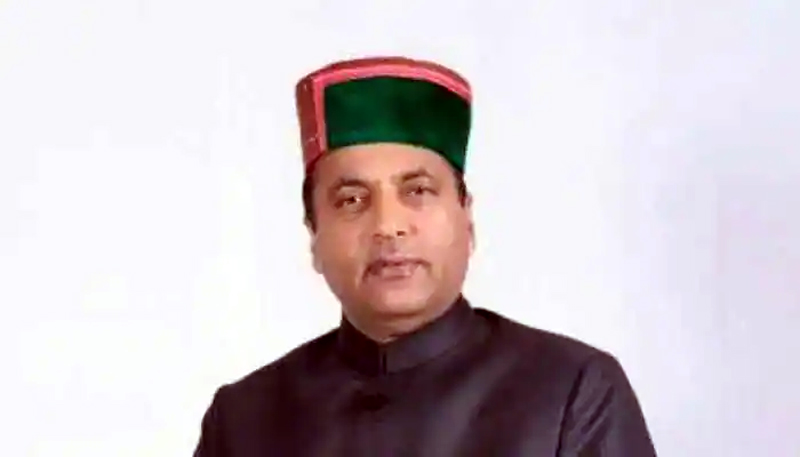 NEW DELHI, Dec 1: Himachal Pradesh Chief Minister Jairam Thakur took a swipe at the Aam Aadmi Party on Thursday, saying many ministers of the government that claims to be “honest to the core” are behind bars.

Campaigning for BJP candidates in the upcoming Delhi Municipal Corporation elections, he alleged that Arvind Kejriwal is “number one” in telling lies.

“Leaders in the Delhi government having become ‘number 1’ in telling lies. Arvind Kejriwal speaks lies while putting up an innocent face. But, the veil has now been lifted and people of Delhi and the country now know the entire truth,” Thakur said at a poll meeting.

“The AAP was born out of an agitation against corruption. But after eight years in power, several of its ministers are now behind bars because corruption has crossed all limits in this government. Ministers are facing grave charges of corruption. But, their leaders claim themselves to be ‘honest to the core’.

“After their government was formed in Punjab, law and order situation has deteriorated in the state and murders are happening every day. In the first month itself, one of the ministers in Punjab was removed for corruption,” Thakur told the gathering.

He said Kejriwal came to Himachal Pradesh and contesting on 67 seats, but they will lose deposits in all the seats as they stand fully exposed.

“The AAP minister who was in-charge of Himachal polls is today lodged in jail for corruption. Leadership is what has been shown by Prime Minister Narendra Modi, by fulfilling whatever was promised and not like Kejriwal who never fulfils any of the promises made,” he said.

The HP CM alleged that Kejriwal spent a lot of money in publicising his own pictures in posters and banners.

“If this money was spent on development and in building infrastructure like medical and educational facilities, things would have been different in Delhi,” he said.

Thakur urged people to defeat the AAP in Delhi and bring the BJP to power in the MCD polls, saying this will begin the process of rooting out AAP from Delhi and ensure speedy development in the capital.

Thakur has been campaigning in Delhi for the last three days. (PTI)