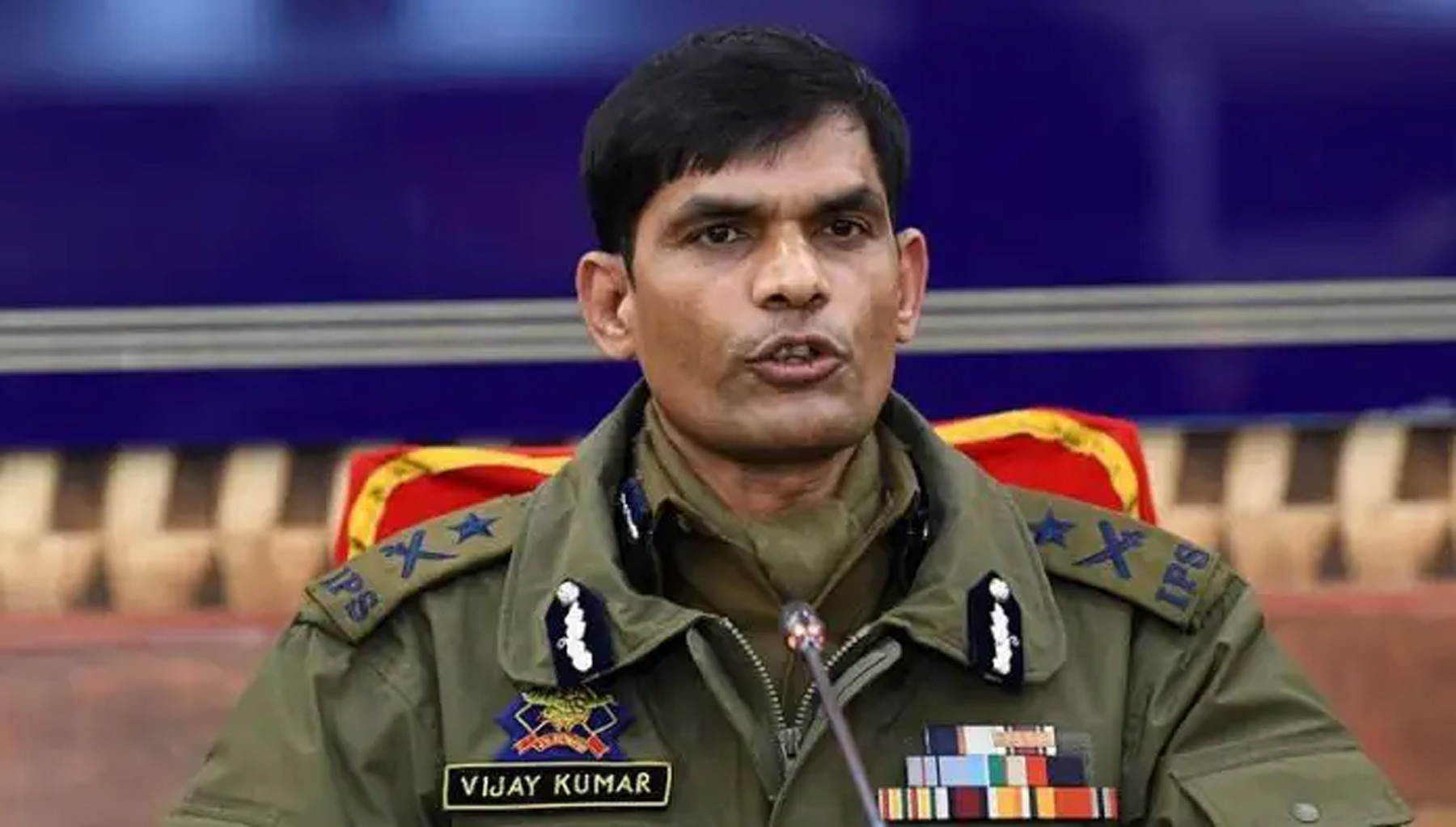 Excelsior Correspondent
Srinagar, June 3: Police today said that a person killed in an overnight operation at police component complex Tral in South Kashmir’s Pulwama district was an active militant operative who was arrested last week along with incriminating material including explosives.
Inspector General of Police Kashmir, Vijay Kumar said that Mohammad Amin Malik son of Abdul Ahad Malik of Nagbal Machhma, Tral, was an active militant operative, who was killed in an overnight operation of security forces at police component complex Tral.
“Amin was arrested on May 30, 2021 along with incriminating materials including arms, ammunitions and explosives including unlicensed 12 bore gun, live rounds, explosives, iron/steel balls, 9 feature phones and other warlike stores used in fabrication of IEDs,” he said.
“A case FIR No. 48/2021 under relevant Sections of law was registered at Police Station Tral. Amin was on police remand and on 2/6/2021 he was brought from Police Station Tral to the Police Component, Tral for further interrogation. During the interrogation, he got hold of the service rifle (AK 47) of Constable Amjad Khan and fired indiscriminately with intention to kill the police personnel. He critically wounded CT Amjad Khan”, the IGP said.
He said that Amin then took total control of the interrogation room and engaged the police personnel by firing intermittently from the snatched weapon. “Sensing grave danger to the lives of police personnel and that of Amin, his mother and Executive Magistrate were brought on the site and repeated sincere efforts were made to persuade him to throw the weapon and surrender”, the Kashmir police chief said.
“Amin displayed complete defiance to such persuasions and not only refused to surrender but also fired upon the police party engaged in persuasion. One of the police personnel was hit with a bullet on chest and survived because of bulletproof jacket he was wearing,” he said, adding that “after failing of all efforts to ensure his surrender, he was engaged in a gun fight following the rules and SoP of such engagement and was neutralized”, Kumar said.
He said that the snatched weapon was recovered from the possession of the slain. “A case FIR No. 61/2021 under relevant sections of law stands registered at Police Station Tral and investigation taken up. Dead body of slain militant was sent to Police Hospital Srinagar for medico-legal formalities,” the official said.
He added it is pertinent to mention here that the slain militant operative was active militant of Hizb-ul-Mujahideen in the past and was arrested in 2003. “Further, his brother Shabir Malik was also a militant of AGuH outfit who was eliminated at Brenpathri in 2019,” he added.