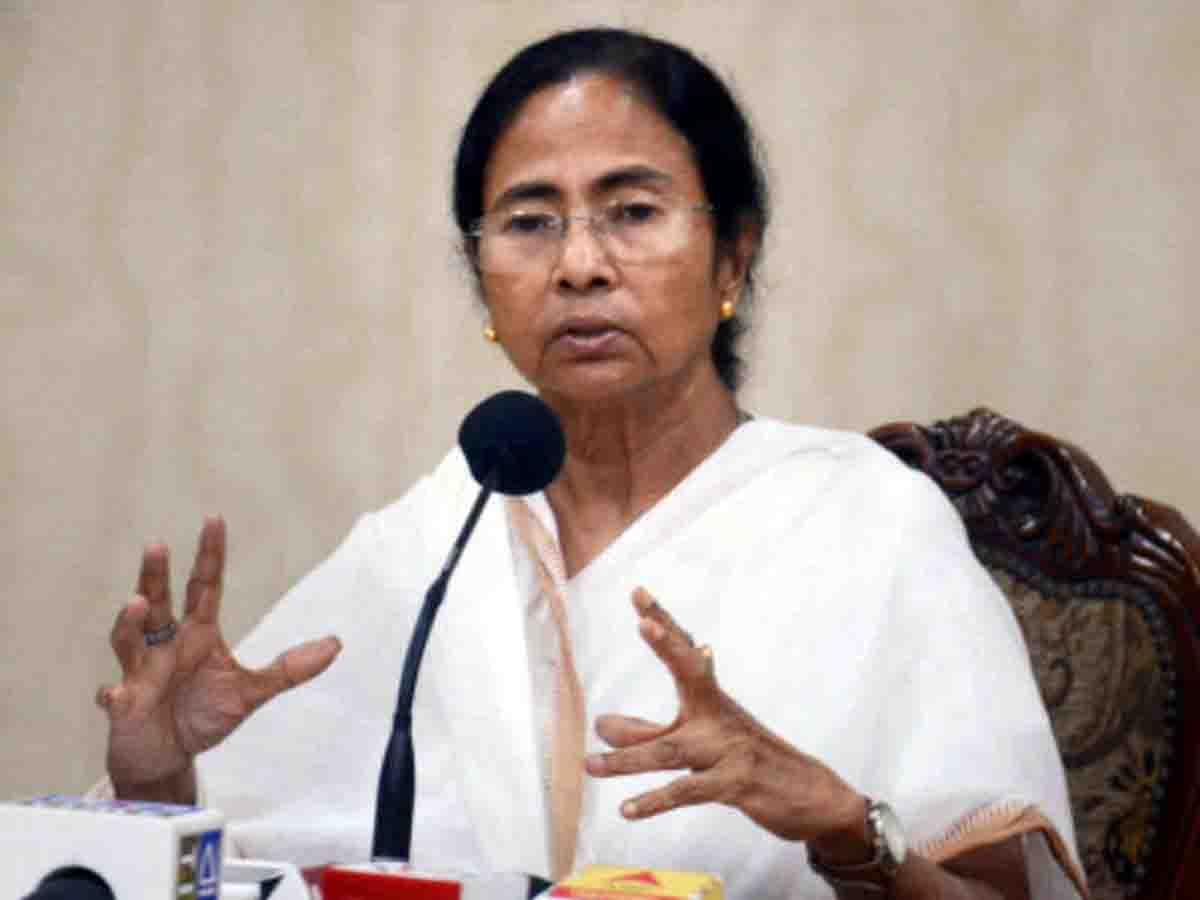 KOLKATA, Sept 10: TMC supremo Mamata Banerjee Friday filed her nomination for the September 30 Bhabanipur assembly by-poll winning which is an absolute necessity for her to continue as the chief minister.
She will be pitted against BJP’s Priyanka Tibrewal and Left Front’s Srijib Biswas. The Congress has decided not to field a candidate against her.
The votes for Bhabanipur as also Jangipur and Samserganj will be counted on October 3 and results declared the same day.
Banerjee was accompanied by the wife of state cabinet minister Firhad Hakim at Survey Building in Alipore where she filed her nomination papers.
She was later seen greeting people with folded hands before boarding her car.
“The people of Bhabanipur are eagerly waiting to rewrite history by ensuring Mamata Banerjee’s victory by a record margin. They are waiting to avenge the conspiracy that was hatched to defeat Mamata di at Nandigram,” Firhad Hakim told reporters.
TMC supporters lustily cheered their leader with slogans like “Bhabanipur Nijer Ghorer Meyekei chai” (Bhabanipur wants her own daughter) and “Bhabanipur eh Khela Hobe” (Game will happen in Bhabanipur).
“For us, the challenge is not victory as we are confident about it. The challenge is to ensure Didi’s win by a record margin,” another TMC worker said.
Banerjee, a resident of Bhabanipur, had won the seat twice in 2011 and 2016 but shifted to Nandigram, where the anti-farmland acquisition movement against the Left Front government had transformed her into a major political force in the volatile state, to dare her former protege and now a BJP leader Suvendu Adhikari on his home turf. Though Banerjee powered the TMC to a resounding win for a third straight term in office, she lost in Nandigram.
She now must win Bhabanipur to ensure an unbroken stint as the chief minister.
Banerjee is required to win a seat in the state assembly by November 5 in conformity with the constitutional provisions in order to continue as chief minister. The Constitution allows a non-member of a state legislature or Parliament to continue in a ministerial position without getting elected only for six months.
After her defeat in Nandigram, Sovandeb Chattopadhyay, state cabinet minister and TMC MLA from Bhabanipur, vacated the seat to facilitate her return to the assembly from there.
Reacting to her nomination, West Bengal BJP president Dilip Ghosh said she will face the same fate as in Nandigram.
“The BJP had defeated her in Nandigram. She will be defeated again in Bhabanipur. The people of the constituency will give her a befitting reply for the torture and violence her party unleashed after the assembly polls,” he said. (PTI)
Banerjee was first elected to the Assembly in a by-poll from Bhabanipur months after the TMC stormed to power ousting the 34-year-old Left Front dispensation in 2011.
She represented South Kolkata Lok Sabha seat, of which Bhabanipur is a segment, six times. (PTI)