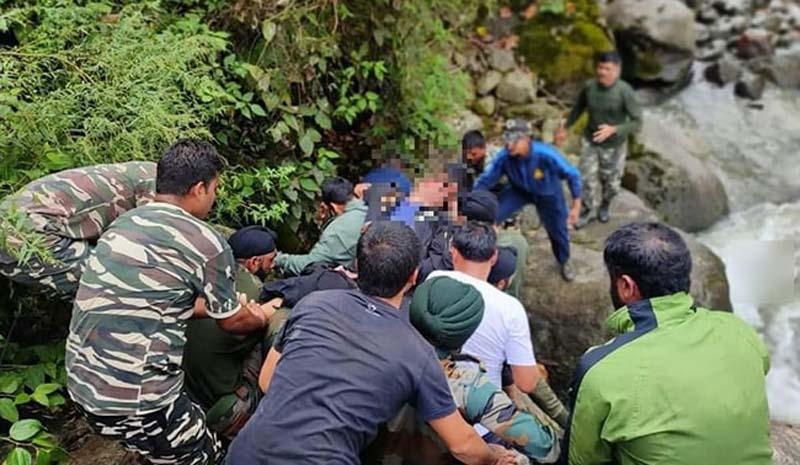 TAWANG/NEW DELHI, Oct 5: A Lt Colonel from the Army’s aviation wing was killed and his co-pilot sustained severe injuries when their Cheetah helicopter crashed in a forward area near Tawang in Arunachal Pradesh this morning, officials said.
The accident once again put the spotlight on the ageing and virtually obsolete fleets of Cheetah and Chetak helicopters which lack modern avionics and are in need of replacement.
The deceased pilot has been identified as Lt Colonel Saurabh Yadav, the officials said, adding the injured co-pilot is a Major and he has been admitted to a command hospital.
The Army headquarters has ordered a Court-of-Inquiry into the crash to ascertain the reason behind the crash. A two-star military official is set to head the probe, they said.
“An army aviation Cheetah helicopter flying in the forward area near Tawang has crashed on today at around 10 AM during a routine sortie. Both the pilots were evacuated to a nearest military hospital,” a Tezpur-based defence spokesperson said.
“With regret, we inform that one of the pilots who was critically injured succumbed to the injuries during treatment. The second pilot is under medical treatment,” he said in a statement.
The spokesperson said the cause of the crash is not yet known.
“General Manoj Pande #COAS & All Ranks salute the supreme sacrifice of Lt Col Saurabh Yadav who laid down his life in the line of duty at #Tawang Sector and offer deepest condolences to the family,” the Army said in a tweet.
In March, Minister of State for Defence Ajay Bhat said in Rajya Sabha that 42 defence personnel were killed in accidents involving aircraft and helicopters of the three services in the last five years.
In July, two pilots of the Indian Air Force (IAF) were killed when their twin-seater MiG-21 trainer aircraft crashed during a training sortie near Barmer in Rajasthan.
Between March 2017 and December 2021, 31 people lost their lives in accidents involving 15 military helicopters that included the December 8, 2021, crash of a Mi-17V5 chopper, according to official data.
The then Chief of Defence Staff Gen Bipin Rawat, his wife Madhulika and 12 others were killed in the Mi-17V5 crash in Tamil Nadu.
The armed forces are in the process of acquiring new choppers to replace the ageing fleet of Cheetah and Chetak helicopters some of which were inducted around three to five decades back.
India and Russia signed an inter-governmental pact in 2015 for joint production of around 200 Kamov 226 helicopters to replace the ageing choppers, but the ambitious project is yet to take off.
The Army currently operates around 180 Cheetah, Chetak and Cheetal helicopters. The IAF has around 120 Cheetah and Chetak helicopters in its inventory. (PTI)