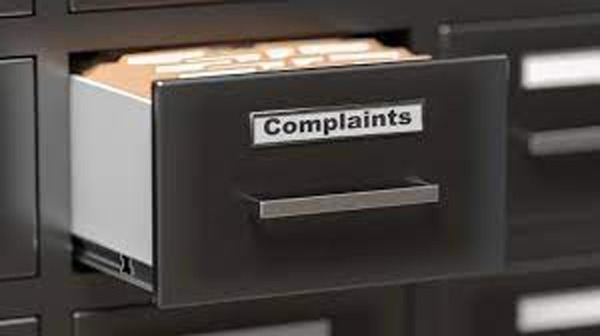 Anti-corruption ombudsman Lokpal received 5,680 complaints during 2021-22, of which over 5,100 were yet to be registered, according to an RTI reply.
Of the total complaints received in the last fiscal, 169 were format and 5,511 were under non-format category, it said.
The Government had in March 2020 issued a format for filing corruption complaints against public servants with the Lokpal.
As many as 61 non-format complaints were pending with various agencies and 5,101 “complaints (were) yet to be registered” for 2021-22, the Lokpal said in a reply to an RTI query filed by a news agency journalist.
It had got a total of 2,355 complaints – 131 format and 2,224 in non-format – during 2020-21. Of these, 1,579 were disposed of, the reply said.
In 2019-20, the Lokpal had got 1,427 complaints, all of which were disposed of, said the latest reply from the anti-graft ombudsman.
All complainants have to mandatorily give an affidavit on non-judicial stamp paper, that among other things mentions, “making any false and frivolous or vexatious complaint is punishable with imprisonment for a term which may extend to one year and with fine which may extend to one lakh rupees.”
Lokpal, the apex body to inquire into and investigate allegations of corruption against public functionaries, including the prime minister, has been working without its regular chief for the past one month.
Justice Pradip Kumar Mohanty, a judicial member of Lokpal, has been holding additional charge of the post of chairperson after Justice Pinaki Chandra Ghose completed his term on May 27.
On March 23, 2019, President Ram Nath Kovind had administered the oath of office to Justice Ghose as the chairperson of the Lokpal.
The Lokpal is headed by a chairperson and can have eight members — four judicial and the rest non-judicial.
At present, there are six members in the Lokpal. Two posts of judicial members have been lying vacant for over two years.
Justice Dilip B Bhosale had resigned as a Lokpal member in January 2020, citing personal reasons, nine months after he was appointed to the post.
Another Lokpal member, Justice (retired) Ajay Kumar Tripathi had died on May 2, 2020. (PTI)