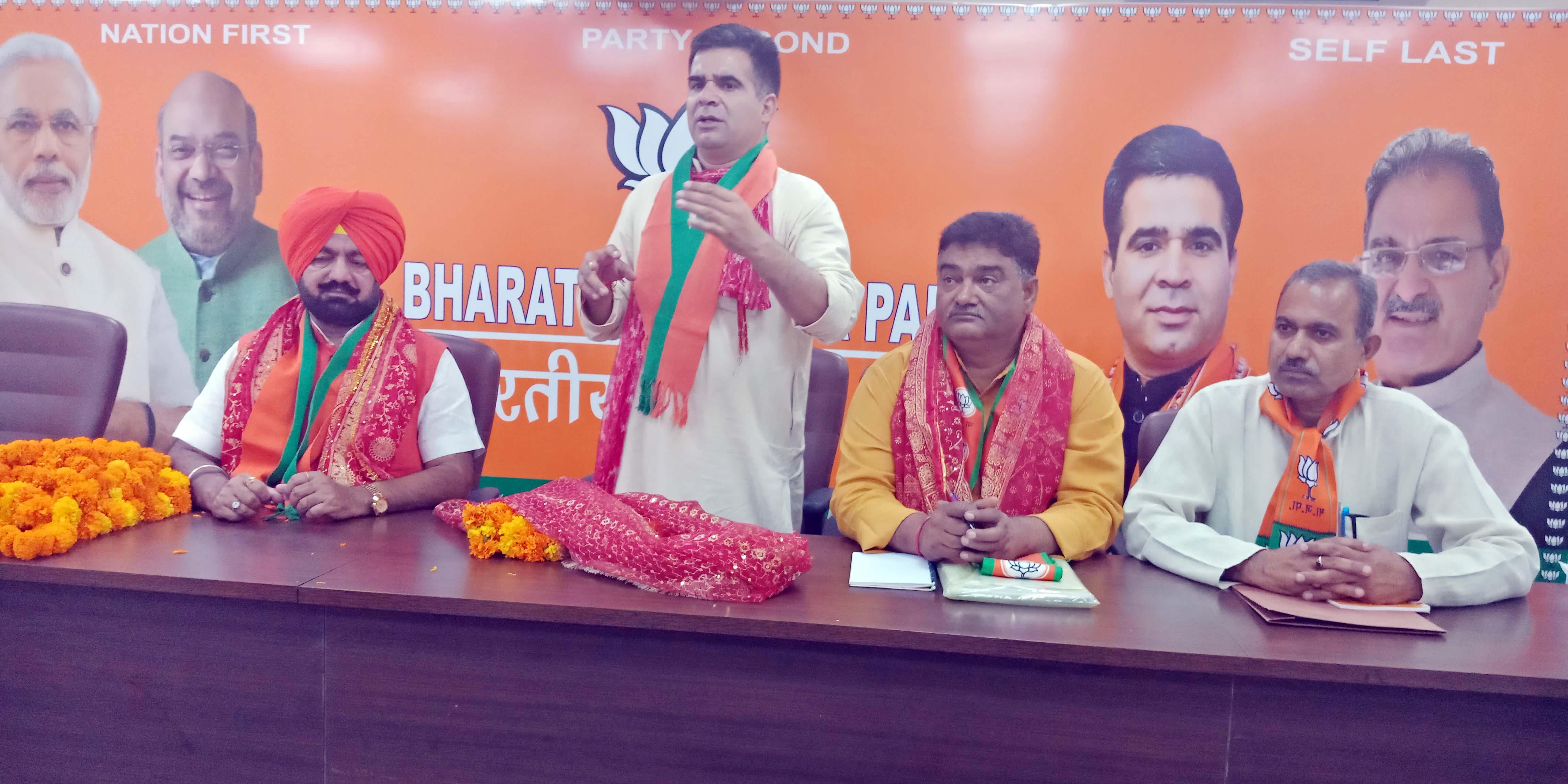 Excelsior Correspondent
JAMMU, June 4: A meeting of Kissan Morcha State office bearers, State Working Committee Members, district presidents and general secretaries was held today at party office, Trikuta Nagar, near, here under the leadership of  Morcha State president, Rajinder Singh Chib.
In the meeting, BJP State president, Ravinder Raina (MLA) and Morcha national secretary & Prabhari J&K  Sukhminder Pal Singh Grewal were also present.
The meeting was held to discuss future course of action by the Morcha.
In his address, Ravinder Raina  asked the State Kissan Morcha team to dedicate themselves for the farmers cause and take all Central as well as State welfare schemes to the farmers door steps. He further said that  all should work jointly to address the problems of the farmers. He stressed on holding of “Kissan Mela” across the State to aware the farmers about modern farming technology. He said that the farmers should go for organic farming as chemical fertilizers have spoiled the health and soil.
He assured the farmers BJP will fully side with them and fight for their legitimate land compensation rights coming under ring roads at Jammu and Srinagar.
Sukhminder Pal Singh Grewal interacted with every member of Kissan Morcha and instructed them to work for the welfare of the farmers. He further said that every members of the Morcha is a matured and professionally competent leader and he has capability to act as a leader of the farmers.
He assured the farmers that BJP is a coalition partner in the State Government and in power at the Centre, therefore party activists can project the farmers problems before the concerned quarters for redressal. Grewal also informed about his ensuing programme being held in Chhatisinghpora, in Kashmir and holding of interaction meetings with other party workers in the Valley.
Rajinder Singh Chib, in his address, prompted the Kissan Morcha team to dedicate themselves for the welfare of farmers.
The problems highlighted by farmers included monkey issue, compensation to the farmers whose crops are spoiled /could not be sown due to border firing, putting the revenue record online to avoid corruption, all types of crops and fruits grown in the State should be covered under PMFBY, establishment of procurement centres for all yields and flowers grown in the State.
Later the Morcha general secretary Capt. (retd) Kasturi Lal Sharma  proposed the vote of thanks.