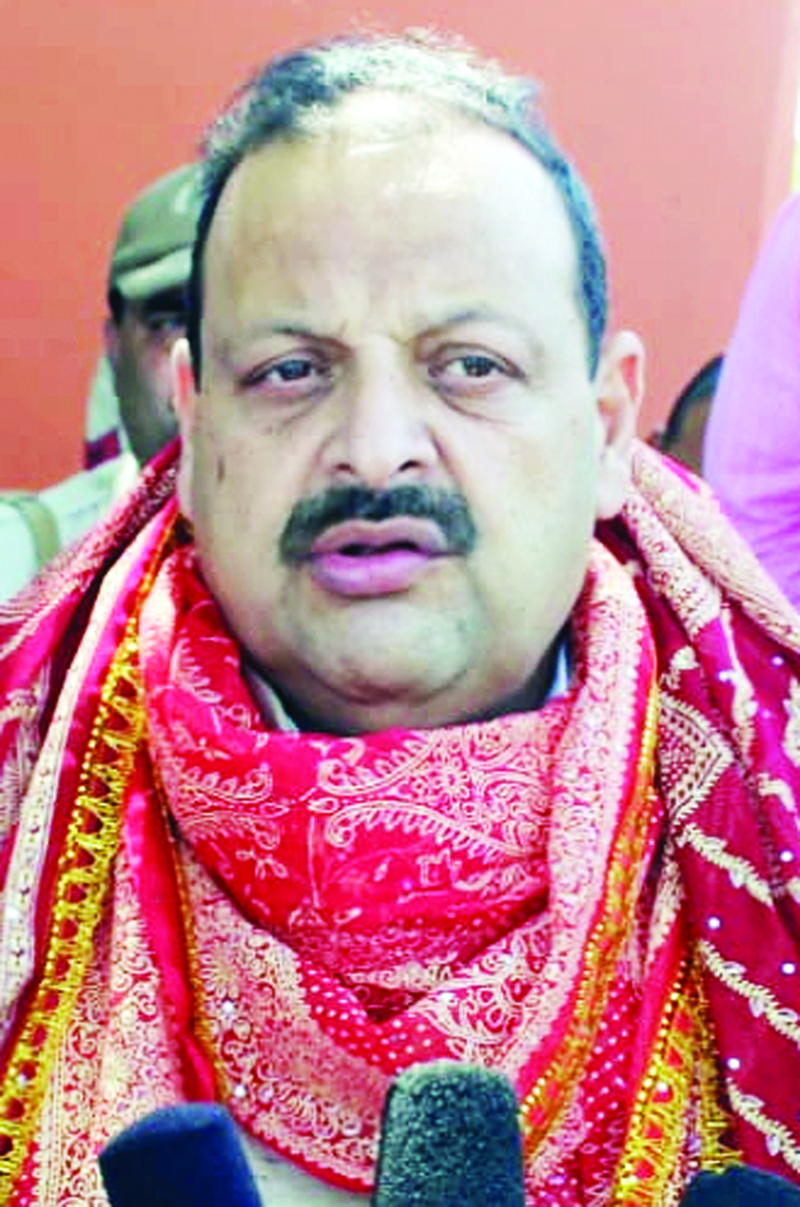 Excelsior Correspondent
KATRA, May 20: National Conference Provincial President Devender Singh Rana today expressed serious concern over worsening environmental scenario due to solid waste dumps in the holy township of Katra, saying its immediate fallout on the Jhajjar Rivulet has hugely contaminated the water, main source of drinking water for a huge population on its banks in Dhansal and other peripheral areas of the Nagrota assembly constituency.
Click here to watch video
“It is intriguing that the solid waste management in the most thronged township of the north India has been allowed to remain in disarray, leading to numerous diseases and negative environmental impacts”, Rana said in an interaction with the prominent citizens, Sarpanches and public representatives during his visit to Katra.
He spoke the Commissioner Secretary Housing and Urban Development on phone and local civil administration about the dangerous situation caused due to the solid waste dumps creating serious negative environmental impacts like infectious diseases, land and water pollution besides obstruction of drains. He said the people dependent on the Jhajjar water source are facing major brunt due to polluted rivulet. He said cases of respiratory and heart diseases have increased due to consumption of contaminated water, mainly because of the solid waste dumps.
“In this era of developing key townships and cities as smart cities, the highly deplorable sanitation situation in Katra is a cause of concern, not only for the local population but also for the thousands of pilgrim tourists visiting on daily basis 24X7 to pay obeisance at the Bhavan of Mata Vaishno Devi”, he said.
He further said the horrible environmental degradation at the base camp of the world famous pilgrimage speaks volumes about administrative apathy. He said he has been the votary of developing Katra as a Smart City keeping in view its historic importance as originating point for the most blissful pilgrimage. He lamented over inaction by the concerned governmental agencies in recent years with situation getting out of control.
Rana feared the fate of Jhajjar Rivulet becoming that of Devak in Udhampur, which is not being restored to its pristine glory despite spending crores of rupees. He hoped that instead of allowing such a catastrophe to happen, the Government will address to the malady on war footing basis and take immediate measures for proper solid waste management. He said solid waste is expected to increase due to growing influx of pilgrim tourists and therefore a coordinated effort is needed to ensure health and hygiene in the holy township.
The Provincial President urged the Shri Mata Vaishno Devi Shrine Board to coordinate the initiatives with regard to solid waste management besides health and hygiene of the Katra Township. He said such an initiative will be beneficial for the incoming pilgrims as also the people living in the area besides the peripheries of Jhajjar Rivulet. He said proper solid waste management system will go a long way in combating environmental degradation.