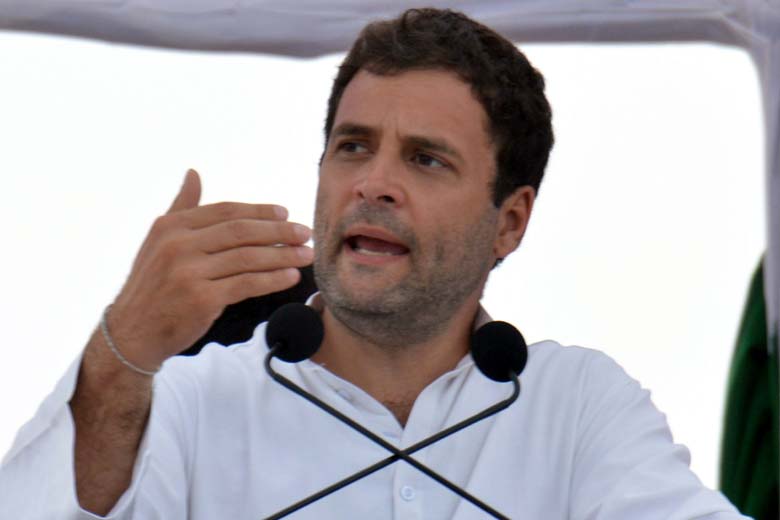 NEW DELHI: Congress president Rahul Gandhi today described the rape and killing of an 8-year-old girl in Kathua as “unimaginable brutality” that cannot go unpunished, and wondered how anybody can seek to protect the culprits.
He also lashed out at the politics being played over the crime.
“How can anyone protect the culprits of such evil,” he asked, adding that the violence against the child was a crime against humanity.
“It cannot go unpunished,” he said on Twitter.
“What have we become if we allow politics to interfere with such unimaginable brutality perpetrated on an innocent child,” he tweeted.
The minor, who belonged to the nomadic Bakerwal Muslim community, had disappeared from a spot near her house close to Rasana village in Kathua in Jammu and Kashmir on January 10.
A week later, her body was found in the same area.
A Special Investigation Team formed to probe the incident has arrested eight people, including two Special Police Officers (SPOs) and a head constable, who was charged with destroying evidence.
Jammu has been on tenterhooks since the brutal rape and murder.
The city’s bar association has opposed the action against the accused and alleged that minority Dogras were being targeted.
While the local local bar association held a bandh, the Valley saw protests demanding justice for the victim. (AGENCIES)