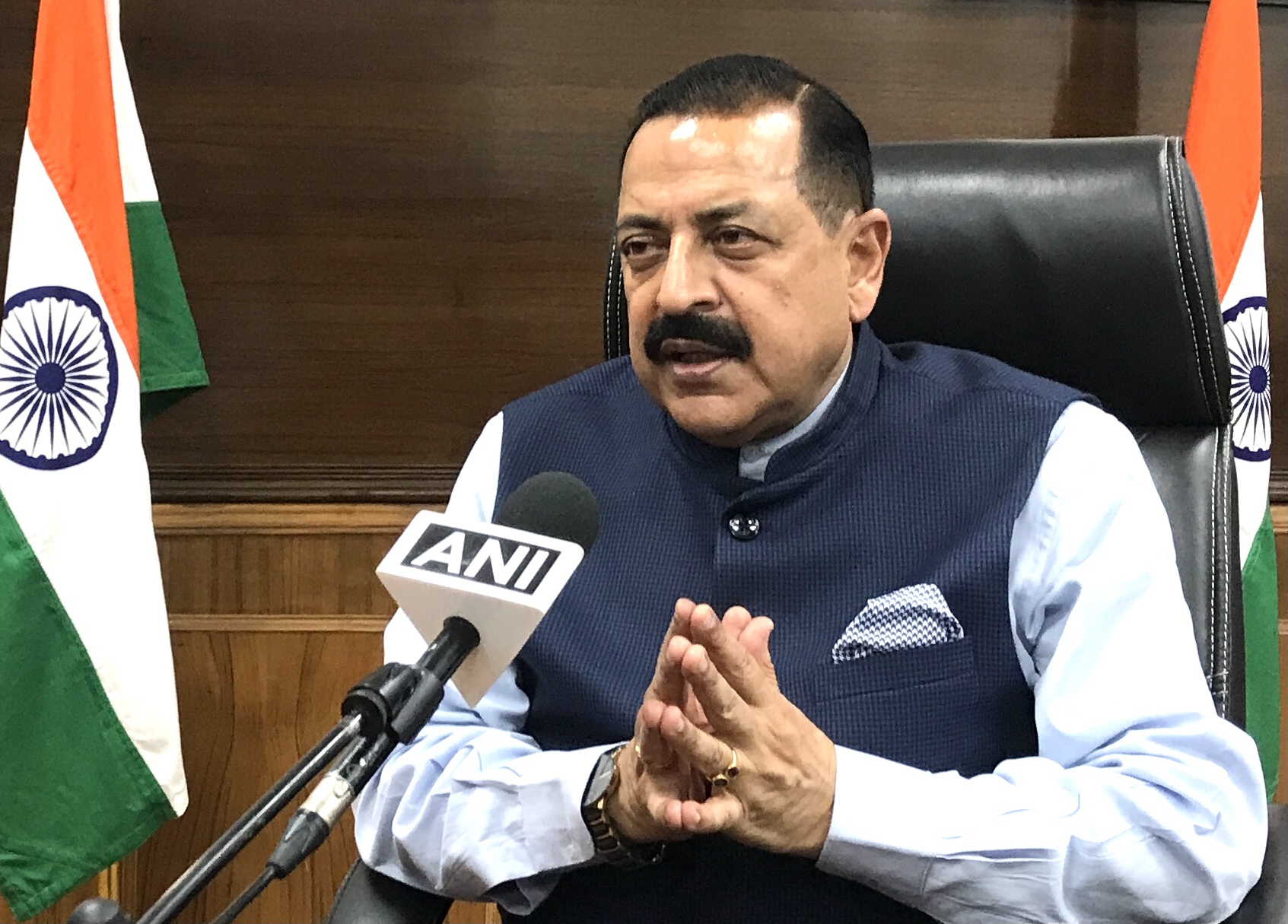 NEW DELHI, March 17 : As politics around the film “Kashmir Files” continues, Union Minister Dr Jitendra Singh today put up rather an exclusive postulation, saying that the Kashmir’s turning point was the rigged Assembly Election of 1987 when Farooq Abdullah was the Chief Minister of the State and Rajiv Gandhi was the Prime Minister.
In three different television interviews to Aaj Tak, ANI and CNN separately, Dr Jitendra Singh said, in order to ensure that Farooq Abdullah returned as Chief Minister with comfortable majority, the State machinery had manoeuvred to secure the defeat of Muslim United Front (MUF) candidates, while the Centre remained a mute spectator because of the Rajiv- Farooq Accord and a tactical understanding between the National Conference and Congress. Soon thereafter uproarious surges of discontent with slogans of Azadi began to be heard and this discontent came handy to terrorist outfits like Jammu Kashmir Liberation Front (JKLF), who began to put up threatening advertisements and terrorising posters on the streets of Valley.
Dr Jitendra Singh said, the first prominent Kashmiri Pandit’s killing happened on 14 September 1989, which was that of the BJP Kashmir Unit President Tika Lal Taploo. At that time Mufit Mohd Sayeed was the Home Minster of India whose daughter Rubaiya Sayeed was kidnapped and her release was secured by releasing some hardcore terrorists who later engineered the hijack of Indian Aircraft to Kandahar. Following that, in the latter half of 1989 and first half of 1990, selective killing of nationalist Hindus was done, who included Prem Nath Bhatt, a nationalist journalist, Judge Neel Kanth Ganjoo had ordered death sentence to JKLF founder Maqbool Bhatt and Lassa Kaul, Doordarshan Director. All these years none of these killers were put on trial and it was only after the Modi Government took over that a serious trial has been initiated against Yasin Malik who, among other things, was guilty of having shot dead Wing Commander Ravi Khanna in full daylight in the presence of everybody, he said.
In response to Mehbooba Mufti’s allegation that the Government of India at that time did not do enough to prevent exodus of Kashmiri Pandits, Dr Jitendra Singh exclaimed , ” But was it not her father who was the Home Minister of India at that time!” He also suggested that the decision to release dreaded terrorists like Masood Azhar from jail to ensure the safe release of Mufti Sayeed’s daughter Rubaiya could have played a role in the attack on Kashmiri Pandits.
Dr Jitendra Singh also defended the then Governor Jagmohan. Kerala Congress had tweeted that Jagmohan had facilitated the exodus of Pandits. “Those who say today that Jagmohan triggered that exodus either don’t wish to read or remember history, or find it convenient to forget. In the early 1990s also, the Congress party had started this same propaganda that Jagmohan had deliberately asked the KPs to move out of Kashmir valley and secure free plots of land in Jammu and Delhi. How could somebody be so insensitive to say that a person left his home by his free will?” he asked.
Kerala Congress and other opposition voices had alleged that the BJP’s support to The Kashmir Files was only to further its divisive and communal agenda. Dr Singh, however, rebutted the charge that his party had done nothing to rehabilitate the Pandits who became refugees in their own country. “When they came to Jammu, it was BJP stalwarts like LK Advani, Murli Manohar Joshi who struggled and took steps and finally ensured seats in higher education institutions in Maharashtra and other places for the wards of the displaced people,” said the minister.
Speaking about the plight of the Kashmiri Pandits, Dr Singh recalled how as a young doctor in Jammu, he had seen first hand the pitiable condition of the homeless members of the community.
“The most agonising part was their first summer in Jammu and in Delhi in 1990 witnessed by me and other medicos. They were not used to spending summers outside the Valley and we had a spate of heat strokes. I was there. As young medicos, we would literally pick up heat-struck KPs and put them on slabs of ice. The camps were not properly done up because they were erected in haste. They were in the most unhygienic conditions. Films were made by showing drains flowing around the kitchen area. So that was the inhuman condition. But hats off, they have a remarkable instinct of survival; they came out of that struggle,” he said.
The film found resonance on the floor of Parliament too where Nationalist Congress Party leader Supriya Sule asked what the government had done for the KPs in the past 7 years. “If a child is malnourished, the mother will feed him/her in 7 years and make him/her healthy,” she said.
Congress spokesperson Randeep Surjewala tweeted, “What have you done for the rehabilitation of KPs in 8 years? When you could do nothing you started showing them films.”
Dr Jitendra Singh rebutted the charges. “They might have forgotten but we have an elephant’s memory. We have been struggling all this while to set the record straight,” he said. “A film like The Kashmir Files or for that matter any other film should be welcomed for putting the record straight because for many years distortion of history has been allowed by many people.”