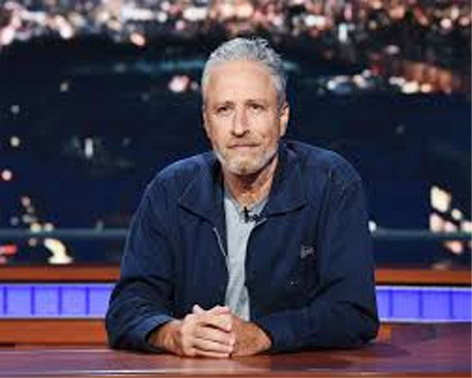 LOS ANGELES, May 24: Jon Stewart’s political comedy “Irresistible” is the latest film to head straight to video on-demand amid the coronavirus pandemic.
The Focus Features film, which was scheduled for a May 29 theatrical release, will now be play in homes on June 26, reported Deadline.
Starring Steve Carrell and Rose Byrne, the movie will be available for the 48-hour rental price of USD 19.99 on platforms such as Amazon, Apple, Comcast, DirecTV, Fandango, Google/YouTube, Microsoft, Sony, among others.
“Irresistible” will still play theatrically starting the weekend of June 26, in the cinemas that are open.
It also stars Chris Cooper, Topher Grace, and Mackenzie Davis.
The film follows a Democratic political consultant (Carell) who helps a retired Marine colonel (Cooper) run for mayor in a small Wisconsin town.
Stewart, who previously directed incarceration drama “Rosewater”, has also penned the script.
The project, also backed by Brad Pitt’s Plan B Entertainment, also has Stewart as producer. (PTI)