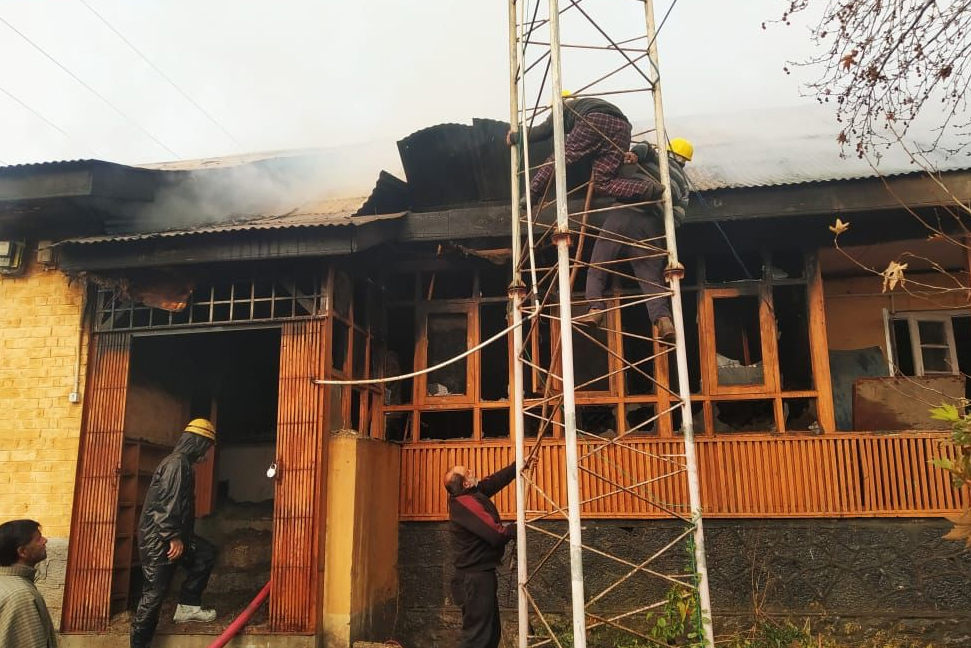 SRINAGAR, Nov 29: Fire broke out in billing section of Superintendent Engineer Office of Power Development Department in Hamzapora area of south Kashmir’s Anantnag on Tuesday.
An official told that fire broke out from billing section of the building today morning.
He said soon after fire broke out, fire tenders rushed to the spot to douse off the flames.
“Fire was brought under control and building has suffered some damage, besides important files are being shifted to other building,” he said.
The official added cause of fire was being ascertained. (KNO)