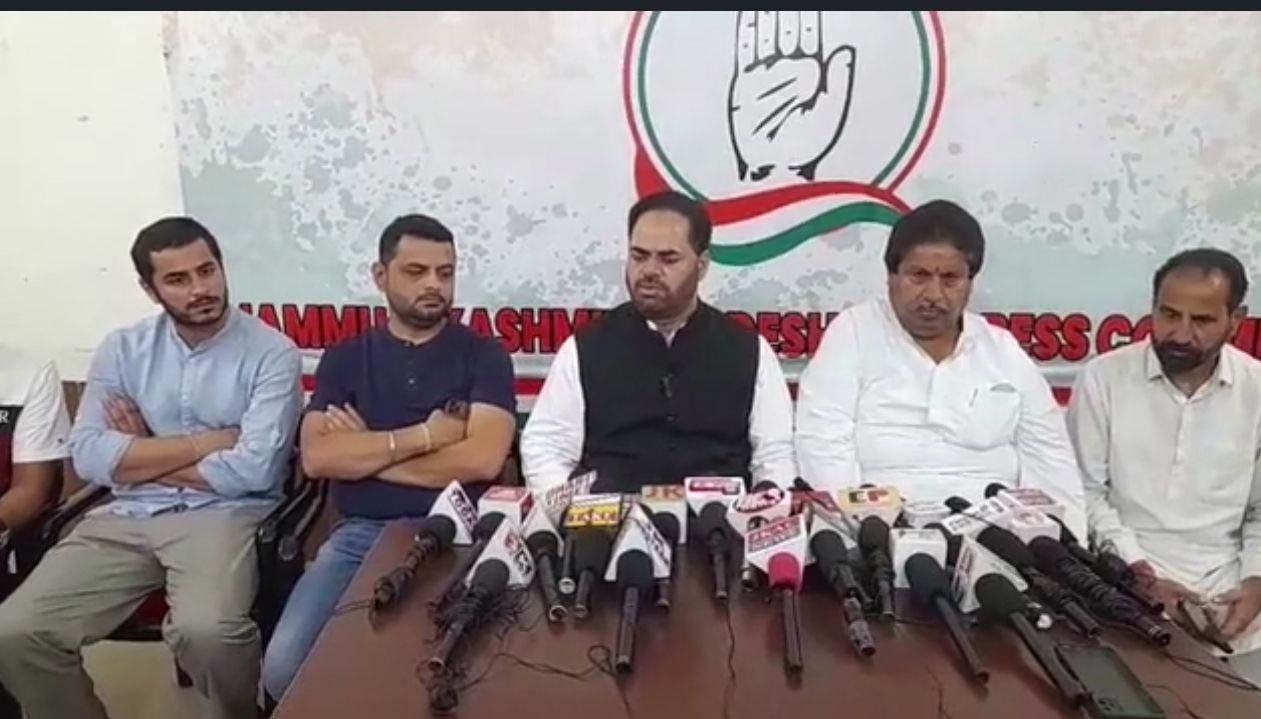 Jammu, Oct 4: Jammu and Kashmir Congress chief Vikar Rasool Wani on Tuesday asked Union home minister Amit Shah to publicly apologise for abrogating Article 370 “unconstitutionally” as he accused the centre of failing to eradicate terrorism and restore peace in the region.
“The Home Minister is on a three-day tour of J&K. His government’s August 5, 2019 decision was unconstitutional and very unfortunate,” Wani, flanked by other senior leaders including working president Raman Bhalla, told reporters here.
On August 5, 2019, the central government abrogated Article 370 which guaranteed special status to J&K and bifurcated the erstwhile state into two Union Territories.
“J&K never gave you (BJP government) such a mandate to turn J&K into a UT. He should seek forgiveness from the people and immediately announce restoration of statehood, hold assembly elections, and revive the legislative council,” the Congress leader said.
Referring to the murder of Director General of Police, Prisons, Hemant K Lohia in the outskirts of Jammu late Monday night, he said the insecurity has increased manifold in Jammu and Kashmir which is evident from such targeted killings by terrorists.
“Shah on the floor of the house on August 5, 2019 talked about a new beginning and rooting out of terrorism and separatism. A DG level officer is murdered, a terrorist group is claiming responsibility … if a DG level officer is not safe, how can ordinary citizens be safe in J&K,” he said.
Wani said Congress wants militancy ended and peace restored in Jammu and Kashmir, but contrary to the claims of the BJP, the situation has only deteriorated in the region and the home minister must answer.
He said former Prime Minister Manmohan Singh announced a job package for the Kashmiri migrant pandits in the valley, but the BJP has failed in its promises of bringing peace and jobs to the region.
“All promises made to the people of J&K have fallen flat. The promised industrial investment in nowhere, unemployment rate has broken all the previous records and crossed over 32 per cent, daily wagers and other workers are on roads demanding regularisation and implementation of Minimum Wages Act,” he said.