NEW DELHI, Sept 19: External Affairs Minister S Jaishankar and his Saudi counterpart Faisal Bin Farhan Al Saud on Sunday deliberated on the developments in Afghanistan and explored ways to further expand bilateral ties in areas of defence and security, trade, investment and energy.
In wide-ranging talks with the visiting Saudi leader, Jaishankar called for further relaxing restrictions on travel from India to the Gulf nation while appreciating the country for the support provided to the Indian community during the COVID-19 pandemic.
Al Saud arrived here on Saturday evening on a three-day visit. It is the first ministerial visit from Saudi Arabia to India since the outbreak of the pandemic.
“Both ministers exchanged views on the developments in Afghanistan and other regional issues,” the Ministry of External Affairs (MEA) said in a statement.
“Delighted to welcome FM of Saudi Arabia HH Prince @Faisalbinfarhan for his first ever visit to India,” Jaishankar tweeted.
The MEA said both ministers discussed all issues related to their bilateral relationship and regional and international issues of mutual interest.
“The two ministers reviewed the implementation of the ‘Strategic Partnership Council Agreement’ signed between the two sides during the visit of Prime Minister Narendra Modi to Saudi Arabia in October 2019,” the MEA said.
It said the two sides expressed satisfaction at the meetings held under the agreement and the progress achieved.
“Both sides discussed further steps to strengthen their partnership in trade, investment, energy, defence, security, culture, consular issues, healthcare and human resources,” the MEA said.
The MEA said the two sides also discussed bilateral cooperation in multilateral forums such as the United Nations, G-20 and Gulf Cooperation Council.
“The external affairs minister congratulated Saudi Arabia on its successful presidency of G-20 last year despite the Covid-19 pandemic,” it said.
The Saudi foreign minister is scheduled to call on Prime Minister Modi on Monday.
The visit by the Saudi foreign minister came at a time India has been engaged with all leading powers on the developments in Afghanistan following its takeover by the Taliban.
It is learnt that the situation in Afghanistan was a major area of focus of the talks between Jaishankar and Al Saud.
Being a major regional player, Saudi Arabia’s position on the developments in Kabul assumes significance as several countries in the Gulf region, including Qatar and Iran, were playing a role in the Afghan peace process before the Taliban’s capture of power.
In the Gulf region, India has been in touch with the United Arab Emirates, Saudi Arabia, Qatar and Iran over the unfolding developments in Afghanistan. In reflection of India’s views on the matter, Prime Minister Modi on Friday said the global community should decide “collectively” and “thoughtfully” on according recognition to the new set-up in Afghanistan in view of questions over its acceptability as the change of power was not “inclusive”.
He made the remarks during a virtual address at a meeting on Afghanistan of the heads of state of the SCO (Shanghai Cooperation Organization) and the Collective Security Treaty Organisation.
The defence and security ties between India and Saudi Arabia are witnessing gradual expansion.
Chief of Army Staff Gen MM Naravane visited Saudi Arabia in December last in the first-ever visit by a head of the 1.3 million-strong Army to the strategically important Gulf nation.
Gen Naravane held extensive talks with senior military officials of that country with an aim to enhance bilateral defence cooperation. (PTI) 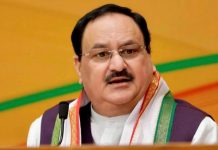 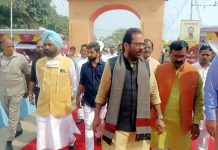 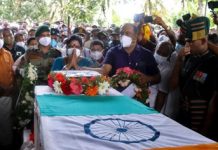 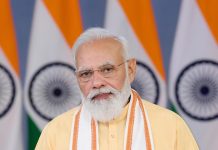 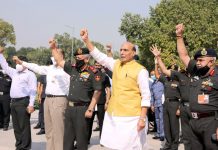 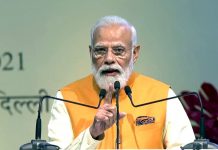 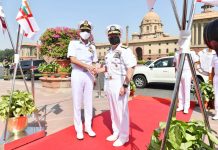 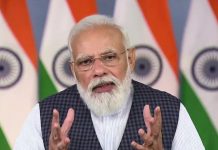 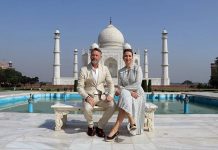 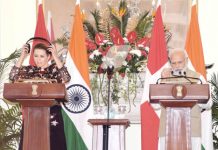 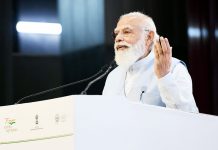 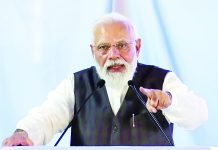