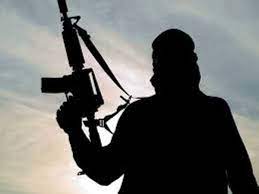 Islamabad, Dec 4: The Islamic State on Sunday claimed responsibility for an attack on Pakistan’s embassy in the Afghan capital in which the Charge d’Affaires escaped unharmed but a guard was critically injured.
In a brief statement in Arabic on social media, the terror group’s Khorasan chapter (ISIS-K) claimed that its two members armed with “medium weapons and snipers” targeted the ambassador and his guards who were present in the courtyard of the embassy on Friday.
The Foreign Office (FO) said that it was “verifying” the claim made by ISIS-K about the attack on its mission in Kabul.
“Independently and in consultation with the Afghan authorities, we are verifying the veracity of these reports,” the Foreign Office said.
“This notwithstanding, the terrorist attack is yet another reminder of the threat that terrorism poses to peace and stability in Afghanistan and the region,” it said.
“We must act resolutely with all our collective might to defeat this menace,” it added.
On its part, Pakistan remains steadfast in its commitment to combat terrorism, FO said.
Charge d’Affaires Ubaid-ur-Rehman Nizamani was targeted by unidentified gunmen while taking a walk in the Pakistan embassy compound. His guard was critically injured in the attack.
Pakistan repatriated the wounded guard by helicopter and he was being treated at a hospital.
On Friday, Pakistan summoned Afghanistan’s Charge d’Affaires in Islamabad and conveyed to him its deep concern over the attack on the country’s Head of Mission in Kabul.
Pakistan demanded that perpetrators of the attack must be apprehended and brought to justice urgently, an investigation be launched into the serious breach of security of the embassy premises, and that all necessary steps be taken to ensure the security of the diplomatic premises, officers and staff working in Pakistan’s Mission in Kabul and Consulates in Jalalabad, Kandahar, Herat and Mazar-i-Sharif.
Acting Foreign Minister of Interim Government of Afghanistan Amir Khan Muttaqi strongly condemned the attack on Nizamani.
The attack came days after Pakistan’s deputy Foreign Minister Hina Rabbani Khar flew to Kabul to hold talks with Muttaqi on a range of issues, including the latest threat from Pakistani Taliban who recently ended a months-long ceasefire with Pakistan and asked fighters to resume attacks across the country.
Nizamani has been in Kabul for less than a month since he took over the charge as head of mission, replacing former ambassador Mansoor Ahmed Khan on November 4.
The US has also condemned Friday’s attack on the Pakistani embassy in Afghanistan’s capital and called for a full and transparent investigation. (PTI)