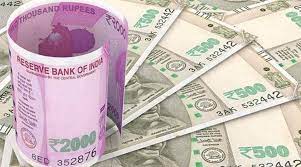 New Delhi, Jan 30: Investments in Indian capital through participatory notes (P-notes) rose to Rs 95,501 crore till December-end and experts believe that flow is expected to be “flat to negative” next month.
P-notes are issued by registered foreign portfolio investors (FPIs) to overseas investors who wish to be a part of the Indian stock market without registering themselves directly. They, however, need to go through a due diligence process.
According to Securities and Exchange Board of India data, the value of P-note investments in Indian markets — equity, debt and hybrid securities — was at Rs 95,501 crore by December-end as compared to Rs 94,826 by November-end.
Prior to that, investment level was at Rs 1.02 lakh crore in October end, which was the highest since March 2018, when P-notes had invested to the tune of Rs 1.06 lakh crore.
Abhay Agarwal, Founder and Fund Manager, Piper Serica, a Sebi-registered PMS, said P-notes data for December suggest a flattish trend. It suggests equity inflows of about Rs 675 crore and debt inflows of about Rs 716 crore.
This positive inflow is surprising since FPIs were aggressive sellers in equity and debt segment throughout December with net outflows of Rs 19,026 crore and Rs 11,799 crore, respectively.
At the same time, it is difficult to extrapolate the numbers for one month into a longer-term trend. The P-note flows are expected to be flat to negative in the month of January, he said.
Of the total Rs 95,501 crore invested through the route till December 2021, Rs 84,948 crore was invested in equities, Rs 10,322 crore in debt, Rs 231 crore in hybrid securities.
Sonam Srivastava, founder, Wright Research, Sebi-RIA said that P-notes participation is near the minimum level in six months for equities but has seen an uptick in the debt side. This pattern is as expected globally.
“We have seen a flight from risky assets among managers and a preference for debt with rising interest rates yields. The perception of Indian markets being overvalued last quarter has added to this slowdown, and the announcement by the FED that they are going to raise interest rates has also made the equity markets vulnerable,” she added.
The assets under the custody of FPIs rose to Rs 52.72 lakh crore in December-end from Rs 52.24 lakh crore in November-end.
Piper Serica’s Agarwal said FPIs have been aggressive sellers across the board in emerging markets especially in Asia. While the fear of Omicron has receded the fear of Fed tapering has converted into a reality now.
“We are seeing sharp corrections in speculative assets classes especially cryptos as liquidity is winding up from global financial system. While India continues to be an extremely attractive opportunity for FPIs in the long term, we expect their short-term flows to be anemic at best due to technical factors,” he added. (PTI)