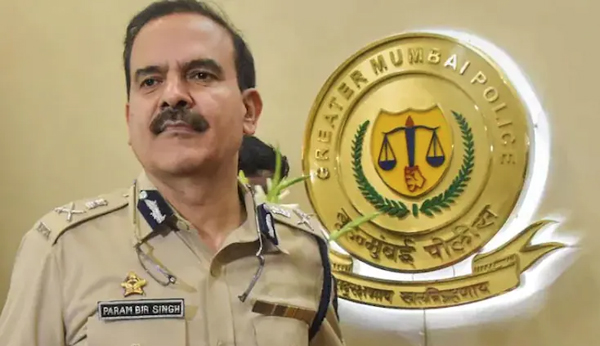 MUMBAI, Sept 22:
An inquiry commission headed by a retired high court judge on Wednesday re-issued its bailable warrant against former Mumbai police commissioner Param Bir Singh for not appearing before it in connection with the corruption allegations levelled by him against former state home minister Anil Deshmukh.
Special public prosecutor in the case, Shishir Hirey, confirmed this development.
In March this year, the Maharashtra government had formed the one-member commission of retired judge Kailash Uttamchand Chandiwal to probe Singh’s allegations against Deshmukh.
The commission had issued summonses to Singh multiple times, asking him to appear before it. However, he has failed to do so. Therefore, the panel had issued a bailable warrant against him on September 7. But as the warrant couldn’t be served upon him, it was now re-issued till October 6, he said.
Earlier, the commission had thrice imposed fines on Singh – Rs 5,000 in June and Rs 25,000 on two occasions last month – for failing to appear before it.
Days after he was shunted out as Mumbai police commissioner and transferred to the Home Guards in March, Singh had claimed in a letter to Chief Minister Uddhav Thackeray that Deshmukh used to ask police officers to collect money from restaurant and bar owners in Mumbai.
Deshmukh, an NCP leader, resigned as a minister in April this year, although he has denied the allegations against him.
The Central Bureau of Investigation (CBI) and the Enforcement Directorate (ED) are probing the allegations made against Deshmukh by the senior IPS officer. (PTI)