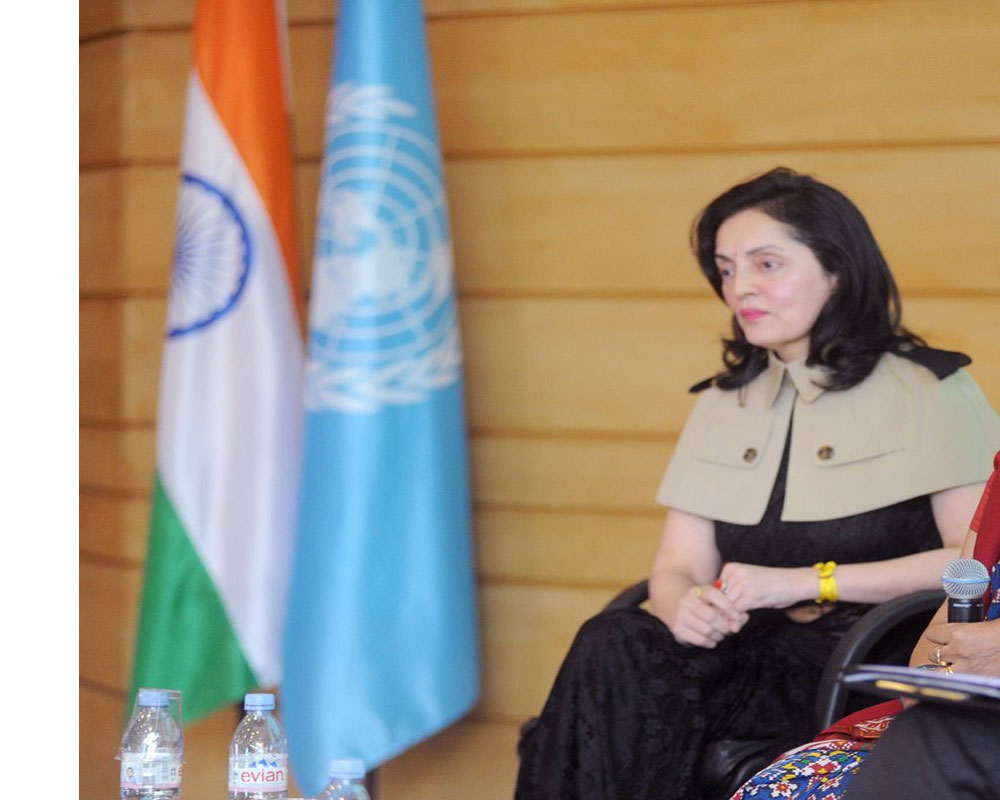 UNITED NATIONS, Nov 30: As India gears up to preside over the UN Security Council for the month of December, country’s envoy here Ambassador Ruchira Kamboj met Secretary-General Antonio Guterres as well as President of the General Assembly Csaba Korosi and discussed priorities during its presidency of the powerful body.
India assumes the monthly rotating Presidency of the Security Council from December 1, the second time after August 2021 that India will preside over the Council during its two-year tenure as an elected UNSC member.
“Today, delighted to call on Secretary-General @antonioguterres. Discussed the priorities and programme of work ahead of India’s December Presidency in the @UN Security Council,” Kamboj tweeted on Tuesday.
On Monday, Kamboj met Korosi, who tweeted: “Always a great pleasure to meet with India’s PR @ruchirakamboj. Today’s discussions focused on India’s presidency of the Security Council, which begins on Thursday. I look forward to the month ahead.”
India’s 2021-2022 term on the Council ends December 31, with Kamboj, India’s first woman Permanent Representative to the United Nations in New York sitting in the President’s seat at the powerful horseshoe table for the month. India will also take over the year-long G20 Presidency from December 1.
Countering terrorism and reformed multilateralism will be among the key priorities for India during its UNSC presidency that will culminate in the completion of its two-year tenure as non-permanent member of the 15-nation powerful body.
External Affairs Minister S Jaishankar will travel to New York to preside over “signature events” in the Security Council on renewed orientation for reformed multilateralism on December 14 and on countering terrorism on December 15. (PTI)