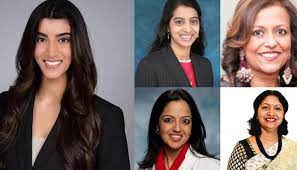 WASHINGTON, Feb 22: Indian-American doctors, who constitute one of the most influential communities in the US, are planning to celebrate the 40th year of AAPI through a mega event in Texas, which among others would be addressed by renowned physician Dr Peter Hotez and Indian batting legend Sunil Gavaskar.
The American Association of Physicians of Indian-Origin (AAPI) is the largest ethnic medical organisation in the US representing the interest of more than 100,000 physicians.
Prime Minister Narendra Modi is likely to send a video message to the all-important annual AAPI convention from June 23 to June 26, which is likely to be attended by Union Health Minister Dr Mansukh Mandaviya, said AAPI president Dr Anupama Gotimukula.
Invitation has also been sent to the External Affairs Minister S Jaishankar.
Dr Rahul Gupta, Director of National Drug Control Policy and the first medical doctor ever to lead the White House Office of National Drug Control Policy (ONDCP), would also address the convention. He is the highest ranking Indian-American in the Biden administration.
“This convention will be our 40th year of AAPI. It is a landmark event,” Gotimukula told PTI.
Noting that the country is still in the midst of COVID-19 and they are nearing an end to it, she said that they are expecting a large number of delegations in San Antonio in Texas, but all precautions would be taken.
“What we are planning for your convention is mostly on basic topics,” she said, adding that the convention will also focus on yoga and meditation and how techniques help in relieving stress. Lifestyle change is another thing to be highlighted during the convention.
Gotimukula said that Hotez, an internationally-recognised physician-scientist in tropical diseases and vaccine development, would deliver the keynote address.
Hotez is Dean of the National School of Tropical Medicine and Professor of Pediatrics and Molecular Virology and Microbiology at Baylor College of Medicine, where he is also the co-director of the Texas Children’s Center for Vaccine Development (CVD) and Texas Children’s Hospital Endowed Chair of Tropical Pediatrics.
She said that millions of doses of a new, cheap coronavirus vaccine will soon be available in India, thanks to the efforts and generosity of Hotez.
He and his team of researchers made the new CORBEVAX inoculation, which was developed in Texas with decades-old technology and little support from the US government.
The vaccine received emergency use authorisation last month from India’s drug regulation agency, Gotimukula noted.
Indian batting legend Gavaskar will also address the event.
The convention will also celebrate the 75th anniversary of India’s independence through “Azadi Ka Amrit Mahotsav”, Gotimukula said, adding that several eminent personalities from India have been invited. (PTI)