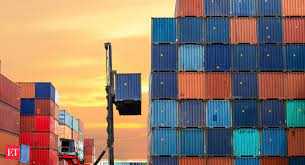 NEW DELHI, Sept 22: India has started a safeguard probe into sudden increase in imports of certain kind of plastics, following a complaint by domestic industries.
The Directorate General of Trade Remedies (DGTR) has initiated the investigation into imports of ‘PVC suspension resins with residual VCM above 2 PPM’, which is used in different industries such as pipes, packaging, wiring and insulations, and medical products.
According to a notification of the DGTR, Chemplast Cuddalore Vinyls, and DCW Ltd have filed an application to initiate the probe.
They have alleged that there has been a sudden, sharp and recent increase in the volume of the imports in India which has started causing serious injury to the domestic industry and is posing threat of further aggravated injury, it said.
Accordingly, the companies have requested for imposition of safeguard measures in the form of quantitative restrictions on the imports.
“On the basis of the duly substantiated application filed by the petitioners, and having satisfied itself on the basis of the prima facie evidence submitted by the domestic industry, the authority considers that there is sufficient evidence to justify initiation of safeguard investigations…,” the notification said.
In the probe, the DGTR would determine whether imports have increased suddenly and sharply in the recent period and as a result of unforeseen developments, and whether such increased imports have caused or posed a threat of serious injury to the domestic industry, it added.
Safeguard measures in the forms of duty of quantitative restrictions are trade remedies available to the World Trade Organization member-countries. They are imposed to provide a level-playing field to domestic players in case of sudden and significant increase in imports of a product. (PTI)