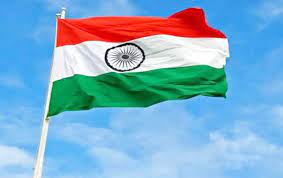 I n a mood to celebrate 75 years of Independence as Azadi Ka Amrit Mahaotsava we see nation’s landscape dotted with Tiranga, flying high and people, across country, surging out in the streets waving National Flag, enthusiastically. We have many reasons to celebrate the event: foremost is the one that among countries that formed part of British empire in South Asia and came out of its yoke in 1947 and after India alone has shown regard for the democratic stability and a pluralistic polity. No wonder every Ghar has a Tiranga atop . Scene is no different in J &K. However, one cannot miss the point that this celebration connotes something more in the UT than what it means in the rest of mainland. We get a hint of that from none other than the Lieutenant Governor, Manoj Sinha himself. In his article published in a op-ed page of a national daily with the heading The Rise of Kashmir, L G Manoj Sinha wrote towards the end “Dreams and aspirations are back in the lexicon of a Common man in Kashmir, which has encouraged us to work harder. The synergy is fuelling development. Har Ghar Tiranga has heralded a new dawn of Ek Bharat Shresh Bharat, which will offer more space for brotherhood and humanity in Jammu and Kashmir.” i.e 6th August Apart from filling a citizen with the national pride, Tiranga -the National Flag, epitomizes sacrifice made in service of the country, belief in constitutionalism, regard for human values, faith in democracy, respect for equal rights of a citizen – irrespective of caste, color and creed. The difference in colors blended in a one piece of a cloth, in our case, depicts unity in diversity. Carrying it head high and hoisting it atop a dwelling place, indeed, fills one with an unfathomable sense of joy, especially when the opportunity has come hard, after a long toil with the flow of sweat and blood of hundreds of thousands. Seen thus, Kashmiris carrying the national tricolor and walking down roads is, for many of us, a dream come true. Tiranga, hoisted on a house top of a common Kashmiri, truly, reveals a mesmerizing scene. It could be much more so if voluntariness in the show could be vouched? It is not that people in Kashmir are carrying Tricolor first time in their hands : they have done it in the past . It is indeed heartwarming for a nationalist to see Tirnaga flying everywhere in Kashmir, but we can’t lose sight of the fact that at times Kashmiri’s love for the flag had ebbed out. That underlines the need to distinguish between tokenism – necessitated by compulsion, opportunism or for currying favor and the sincerity at the heart when such a scene is in view. There is need to ensure that in Kashmir every one retains an enduring love and respect for the Tiranga. Hoisting of the national flag is not just waving a piece of cloth, dyed in three colors. It is more than that and carries a load of meaning. To a flag bearer it must give a sense of belonging, a hope and strengthen his faith in the constitutionalism: afford an assurance that his rights like having his own Government, respect for his citizenry rights, freedom of speech and a right to protest in a peaceful manner and protection from arbitrary state actions, will flow to him unhindered. Today, in J&K the need of such an assurance is so impelling as never before. Jammu and Kashmir is without Assembly since Nov 2018 after BJP pulled out of Mehbooba Mufti led coalition Government .Three years have gone by when Article 370 was abrogated , the delimitation process is complete yet there is no indication when election will be held to constitute state Assembly and give people chance to have their own Government. Unilateralism must give way to the constitutionalism. LG has talked of bringing back ” dreams and aspirations to the lexicon of common man of J&K.” Pious words, indeed! For that to happen , people’s wishes have to be ascertained and respected – though within the framework of country’s constitution .So long as right to free speech is curbed and threat of draconian laws visiting an aspirant keeps looming large no one can have a dream of his prosperous future . Har Ghar Tiranga in Kashmir should mean absence of fear and Government’s resolve to create a conducive atmosphere where ” dream and aspirations ” will really make re entry to ” lexicon of a common man of J&K.” There has to be a realization that increased tourist footfall , in itself, is no indication of normalcy having returned to Kashmir .Tourists started visiting Kashmir in the very second half of the 1990s. J &K can’t be a place for honey mooning only .Similarly, building road here and constructing a bridge there will not determine peace has returned to the Valley. Terrorist incidents may have come down but recruitment to the their ranks is going up, alarmingly. Kashmiri Pandits have once again become targets of terrorist attacks .Those employed under PM Package are on roads demanding safety at work places. They should be heard with empathy. It is understandable to campaign for a ” double engine ” Government in J&K but it shouldn’t be at the expense of well established political parties – whose nationalistic credentials were never in doubt and who , when chips came down , stood by the Indian State – even on the international fora . They must get due space and a level playing field to express their political view. When Article 370 was tinkered with, PM Narendra Modi said that new era of rights and benefits will be extended to the people of state . The irony is that democracy still eludes us. Many people who had demonstrated their faith in Indian constitution and participated in electoral process languish in jails. it is time to make August, 5th a day of deliverance and not of disempowerment of the people in Jammu and Kashmir. (The author is former Principal District & Sessions Judge) 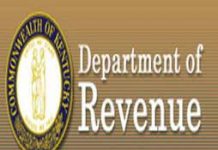