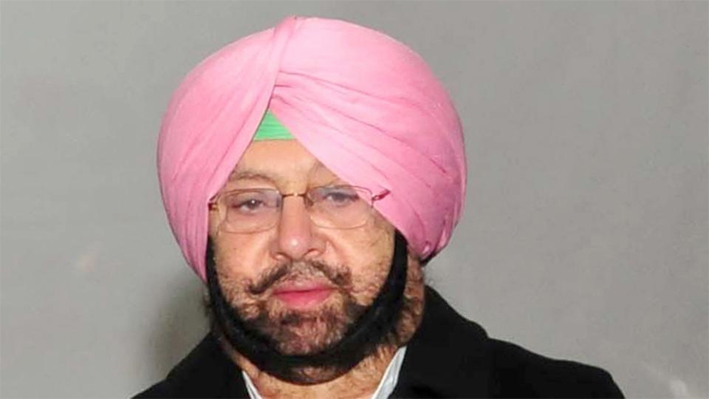 CHANDIGARH/NEW DELHI, Sept 18: Declaring that he felt humiliated, Congress veteran Amarinder Singh today resigned as Chief Minister of Punjab, ending one chapter of dissent but throwing open another of uncertainty for the ruling party in the State headed towards elections in about four months.

Click here to watch video
Amarinder Singh, one of the Congress’ powerful regional satraps, put in his papers after speaking to party president Sonia Gandhi and shortly before a crucial meeting of the Congress Legislature Party.
“The thing is that this is the third time the party called the MLAs. You have an element of doubt on me… I feel humiliated,” he told reporters outside the Punjab Raj Bhawan after submitting his resignation to Governor Banwarilal Purohit.
Over 50 MLAs in the party had written to Gandhi seeking that Amarinder Singh be replaced as Chief Minister, a move that capped months of a fractious feud between him and Navjot Singh Sidhu who was recently made State Congress president much against the senior leader’s wishes.
The Congress has 80 MLAs in the 117-member State Assembly.
Amarinder Singh, credited with putting the party back in the saddle in Punjab after an intensely fought poll battle that decimated the Shiromani Akali Dal and stymied the Aam Aadmi Party’s hopes, submitted his resignation along with that of his Council of Ministers a little after 4.35 pm.
Indicating that the dissension-riven party could see more tension, Amarinder Singh said when asked about his future course of action, “As far as my future politics is concerned, there is always an option and I will use that option when time comes.”
“I am in the Congress party. I will talk to my supporters and decide future course of politics,” he said and added that the leadership could make anyone it trusts the Chief Minister.
“I have been in politics for the last 52 years and I have been Chief Minister for nine-and-a-half years…,” the veteran politician added as his party entered another phase of uncertainty under a new Chief Minister who will have little time to settle down before the election fever begins.
The 79-year-old was accompanied by his wife and MP Preneet Kaur and son Raninder Singh when he submitted his resignation.(PTI)