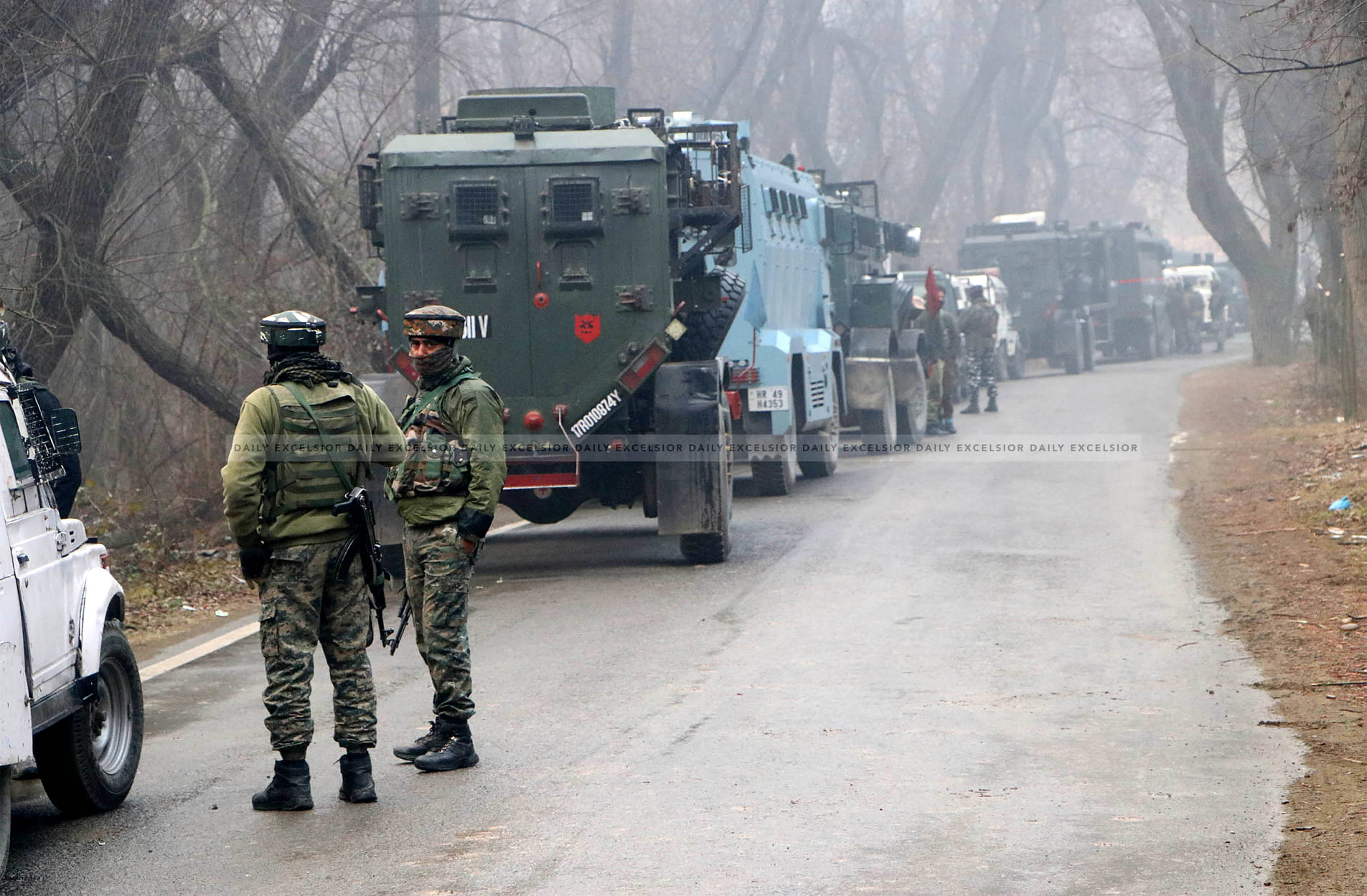 SRINAGAR, Dec 24: A Hizbul Mujahideen militant, involved in the killing of an inspector and BJP workers among others, was killed in an encounter with security forces in Anantnag district of Jammu and Kashmir on Friday, police said.
A police spokesman said a cordon and search operation was launched in Mumanhal Aarwani area of Bijbehara in the south Kashmir district based on inputs about the presence of militants there.
“During the search operation, as the presence of the trapped terrorist got ascertained, he was given ample opportunities to surrender. However, he denied the surrender opportunities and instead fired indiscriminately upon the joint search party which was retaliated leading to an encounter,” he said.
In the ensuing encounter, the terrorist identified as Shahzad Ahmad Seh, a resident of Sehpora in Kulgam, was killed and his body was retrieved from the site of the shootout, the spokesman said.
“As per police records, the man was a categorised terrorist linked with proscribed terror outfit Hizbul Mujahideen and was part of groups involved in several terror cases,” he said.
Seh was involved in the killing of police Inspector Mohammad Ashraf Bhat in Anantnag in October last year, he said.
“He was involved in the killing of three BJP workers at YK-Pora Kulgam in October last year. He was also involved in the killing of a BJP sarpanch and his wife at Lal-Chowk Anantnag on August 9 this year,” the spokesman said.
He said the slain militant was also involved in the attack on DDC candidate Anees ul Islam Ganie at Sagam Kokernag in December last year and in snatching the weapon from a constable at Shamispora crossing in Khudwani area of Kulgam in July this year.
“Moreover, he was involved in various grenade lobbing incidents and attacks on security establishments in Anantnag and Kulgam areas,” the spokesman said.
Incriminating materials, arms and ammunition including an AK-47 rifle, two AK magazines, 40 AK rounds and a grenade were recovered from his possession and all the seized materials have been taken into case records for further investigation, the spokesman said. (Agencies)