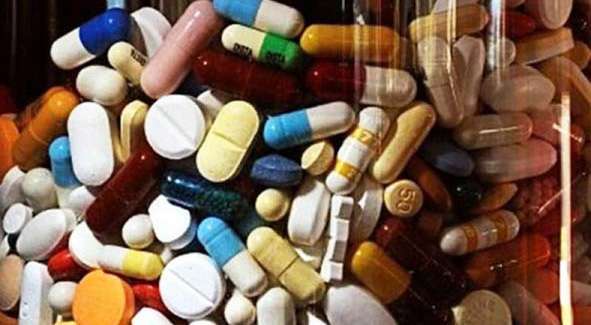 Excelsior Correspondent
SRINAGAR, Sept 14: High Court today directed the State Government to disclose the number of prosecutions pending before the Court of law against those who have been found to be involved in the business of spurious drugs in the State.
Division Bench of Chief Justice Gita Mittal and Justice D S Thakur while hearing a suo-moto cognizance taken by the Court on media reports about medical corruption in the State, sought information from the Government about the number of prosecutions pending against those who have been found to be involved in spurious drugs in the State.
The direction followed after the Court has been informed by the amicus to the PIL advocate Altaf Haqani that the menace of spurious drugs in the State as per the news report published in a newspaper revealed very alarming situation even as Government run company has supplied about seven spurious drugs.
Court also directed the authorities to take effective steps of publicity in the public at large about the availability of drugs in Government institutions as also about the rules and regulations and availability of machinery with the Government for diagnosis.
Earlier, authorities were directed to monitor all diagnostic and cancer centers so that any unfair practice may be prevented.
In addition to this direction, Court also directed for proper monitoring of diagnostic and cancer centers in the State so that any unfair practice and overcharging by these centers may be prevented and review and management of Diagnostic Centers was directed be done fortnightly with a report to Court.
It has also been submitted before the Court that patients are being referred to private diagnostic centers without actual need to which direction is already in place to see as to whether these centers are operating in tune with the provisions of law and are registered or not.
It is in the PIL highlighted that there is ‘massive difference’ in the actual price of medicines and the MRP mentioned in the packet of drugs. The difference is as much as 500% and at times even more as such drugs prescribed to patients be prescribed on generic names.
It has also been highlighted that sometimes referring doctors or a group is paid as much as 50% cut of medical treatment charges of the patient.
“In view of above referred circumstances the medical treatment has become very expensive rather unaffordable for majority of population across the country”, court in its suo-moto cognizance mentioned.