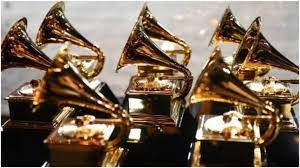 Los Angeles, Jan 19: The 64th edition of the Grammy Awards will be broadcast live from Las Vegas on April 3, the Recording Academy has announced.
Harvey Mason Jr, CEO of the Recording Academy, shared the update in a statement on Grammy’s official website.
The event, which was earlier scheduled to take place in Los Angeles on January 31, will be held from the MGM Grand Garden Arena on the new date. It will be aired on the CBS Television Network and will also be available to stream live and on demand on Paramount Plus.
Trevor Noah, the Emmy Award-winning host of “The Daily Show,” will return as master of ceremonies for “music’s biggest night”.
In early January, the Recording Academy postponed the ceremony in the wake of the surge in Covid-19 cases due to the Omicron variant.
This will be the first time Las Vegas will host the Grammys. The Latin Grammy awards have been held in Sin City six times since 2014.
Mason Jr said the team is excited to put on a world-class show in Las Vegas.
“From the moment we announced the postponement of the original show date, we have been inundated with heartfelt messages of support and solidarity from the artist community.
“We are humbled by their generosity and grateful for their unwavering commitment to the GRAMMY Awards and the Academy’s mission. We appreciate the leadership CBS and our production partners at Fulwell 73 have shown during these challenging weeks and the flexibility of everyone who worked toward this solution,” he said in the statement.
Leading the nominations in 11 categories is Jon Batiste, with Justin Bieber, Doja Cat and H.E.R. Up for eight trophies each. Billie Eilish and Olivia Rodrigo have been nominated for seven awards each. (PTI)