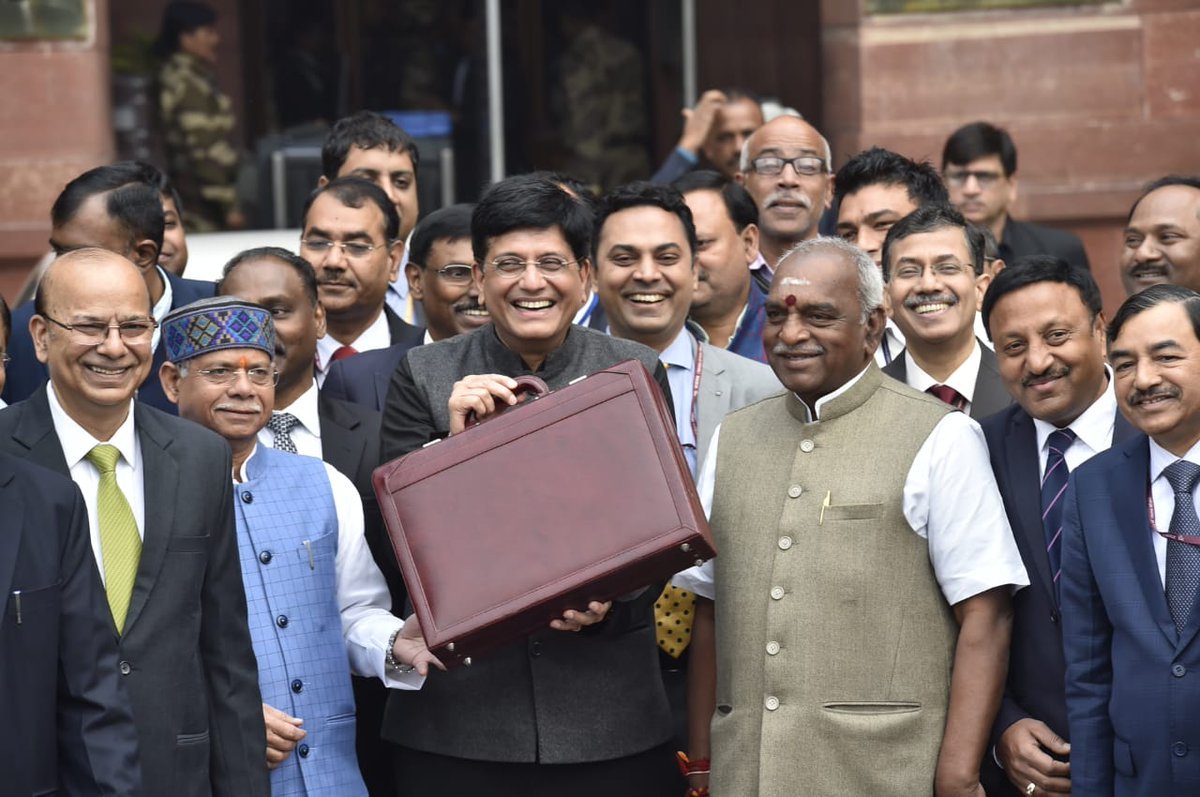 NEW DELHI:  Goyal announces a mega pension yojana, called the Pradhan Mantri Shram Yogi Mandhan, to provide assured monthly pension of Rs 3000 per month, with a contribution of Rs 100 per month, for workers in the unorganised sector.

This, he said, will benefit 10 crore workers in the unorganised sector, and may become the world’s biggest pension scheme for unorganized sector in five years.
Govt hikes gratuity limit to Rs 30 lakh:
Pointing out that high growth and formalisation of economy have resulted in an increase of 2 crore in EPFO membership in the last two years, Goyal has announced a hike gratuity limit for employees in the formal sector from Rs 10 lakh to Rs 30 lakh.
Goyal announces further sops for farmers:  In place of rescheduling of crop loans, all farmers severely affected by severe natural calamities will get 2% interest subvention and additional 3% interest subvention upon timely repayment, Goyal announces, adding that a 2% interest subvention will be provided to farmers pursuing animal husbandry and fisheries.

Poor farmers to be paid Rs 6000 every year:   Piyush Goyal has announces a direct income support of Rs 6000 a year to small and marginal farmers holding less than 2 hectares of plot, under the PM Kisan Samman Nidhi.

Around 12 crore poor farmers will benefit from this scheme, says Goyal, and will start from December 2018 itself, and farmers will be transferred this amount in 3 instalments of Rs 2000 each.

This initiative will benefit 12 crore small and marginal farmers, at an estimated cost of Rs 75,000 crore.
Spent Rs 170,000 cr on affordable food to poor: Goyal:  Rs 1,70,000 crore has been spent for bringing food at affordable rates to poor people. From empty promises in the past, targeted expenditure has been undertaken to improve quality of life in villages, we we aim to bring development, preserving the soul of villages, says Goyal in his remarks.

The pace of construction of rural roads has been tripled under our tenure, he further says, and during 2014-18, 1.53 crore houses have been constructed under the PM Awas Yojana.
Goyal lauds Swachh Bharat, says mindset change has been achieved:  As a tribute to Mahatma Gandhi, the world’s largest behavioural change movement Swachh Bharat was initiated by my government.

A number of measures have been implemented to ensure clean banking, a resolution friendly mechanism has been instituted for recovery of non-performing loans.

India is solidly back on track, says Goyal:  In his opening remarks, Piyush Goyal says the NDA government has reversed the policy paralysis of the previous government says Goyal.

Goyal says he can proudly say that India is solidly back on track, marching towards growth and prosperity, and prepared the foundation for susstaniable growth and better quality of life.

The growth of the last 5 years is higher than the growth recorded by any other government since economic liberalisation. (agencies)