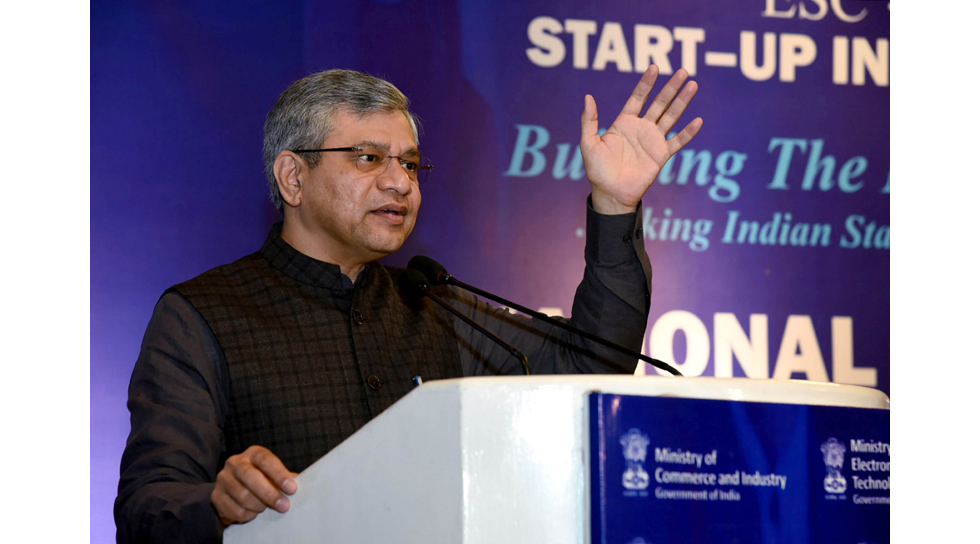 NEW DELHI, Nov 30: The Government has set a target to cross 1 crore job-mark in the next 2 years in three main segments of digital economy — electronics, startups and IT, and IT-enabled services, minister for IT and Communications Ashwani Vaishnaw said on Wednesday.
While speaking at an ESC–STPI event for startups, Vaishnaw said three big pillars of digital economy — electronics manufacturing, IT and ITes, startups — they have created 88-90 lakh jobs.
“Government has set a target that in this we should be easily crossing 1 crore jobs in the coming two years without any doubt,” the minister said.
He said that the digital economy and its associated employment is a major trend now and the other trend is diversity.
“Earlier names of a couple of cities were mentioned for startups. Now when I go to schools in villages, children in villages want to set up a start-up,” Vaishnaw said.
The minister said that India is now becoming a technology producer from being a technology consumer.
He said that the Software Technology Parks of India (STPI) is creating plug-and-play infrastructure to provide a platform to startups.
STPI Director General Arvind Kumar at the event said that his organisation provides plug-and-play infrastructure in 64 cities for startups, of which 54 are in tier 2 and 3 cities.
“We provide Rs 5-10 lakh seed fund to startups through the centre of excellence. Under the Next Generation Incubation Scheme, we fund Rs 25 lakh to startups that come from tier 2 and 3 cities. We have granted NGIS benefits to around 65 startups and the target is to fund 300 startups by 2025,” Kumar said. He said that on one side the government is accelerating support for the startup ecosystem and simultaneously it is pushing for 5G roll-out in the country to provide opportunity to the startups.
Indian Angel Network founding partner Padmaja Ruparel at the event shared interest to partner with STPI to provide funding and mentoring support to startups.
“Today Indian Angel Network has announced that they would like to become VC partner to STPI’s startup initiatives and join the list of investment partners such as SucSeed Ventures, Villgro, Inflection Point Ventures, Hyderabad Angels, Chandigarh Angels, Forum Synergies, PadUp Ventures, Vinners Angels, Modular Capital etc., which are bringing value along with funds to startups in STPI,” Kumar said.
STPI along with Electronics and Computer Software Export Promotion Council (ESC) has shortlisted 125 startups from across the country.
Both entities are fine-tuning the list to 40 startups who will be able to visit the Consumer Electronics Show in the US and showcase their solutions.
“We have partnered with TiE Silicon Valley where selected startups will pitch for strategic partners or investors in the US. Consulate General of India is also supporting us in connecting to investors in the US,” ESC Chairman Sandeep Narula said. (PTI)