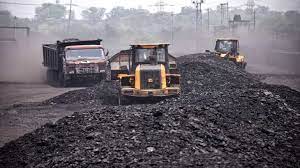 New Delhi, Oct 5: The Government plans to auction 22 mineral blocks in Maharashtra, Uttar Pradesh and Goa in November and December.
The mines to be auctioned include six iron ore blocks, three blocks each of limestone and gold, two blocks of bauxite, one block each of copper, phosphorite and glauconite, according to the mines ministry.
The notice inviting tenders for the blocks were floated in September.
While the mines in Maharashtra will be auctioned next month, those in Uttar Pradesh and Goa will be put on sale in December.
So far, more than 180 mineral blocks have been put on sale since the system of auctioning of mineral blocks began. The government started the process of allocating mineral blocks through auctions in 2015-16.
The ministry has expressed hopes of auctioning 500 mines by the end of 2024.
The Centre is aiming to increase the mining sector’s contribution to the country’s Gross Domestic Product (GDP) to 5 per cent from 2.5 per cent at present.
The ministry has also notified the Minerals (Evidence of Mineral Contents) Second Amendment Rules, 2021, and the Mineral (Auction) Fourth Amendment Rules, 2021. (PTI)