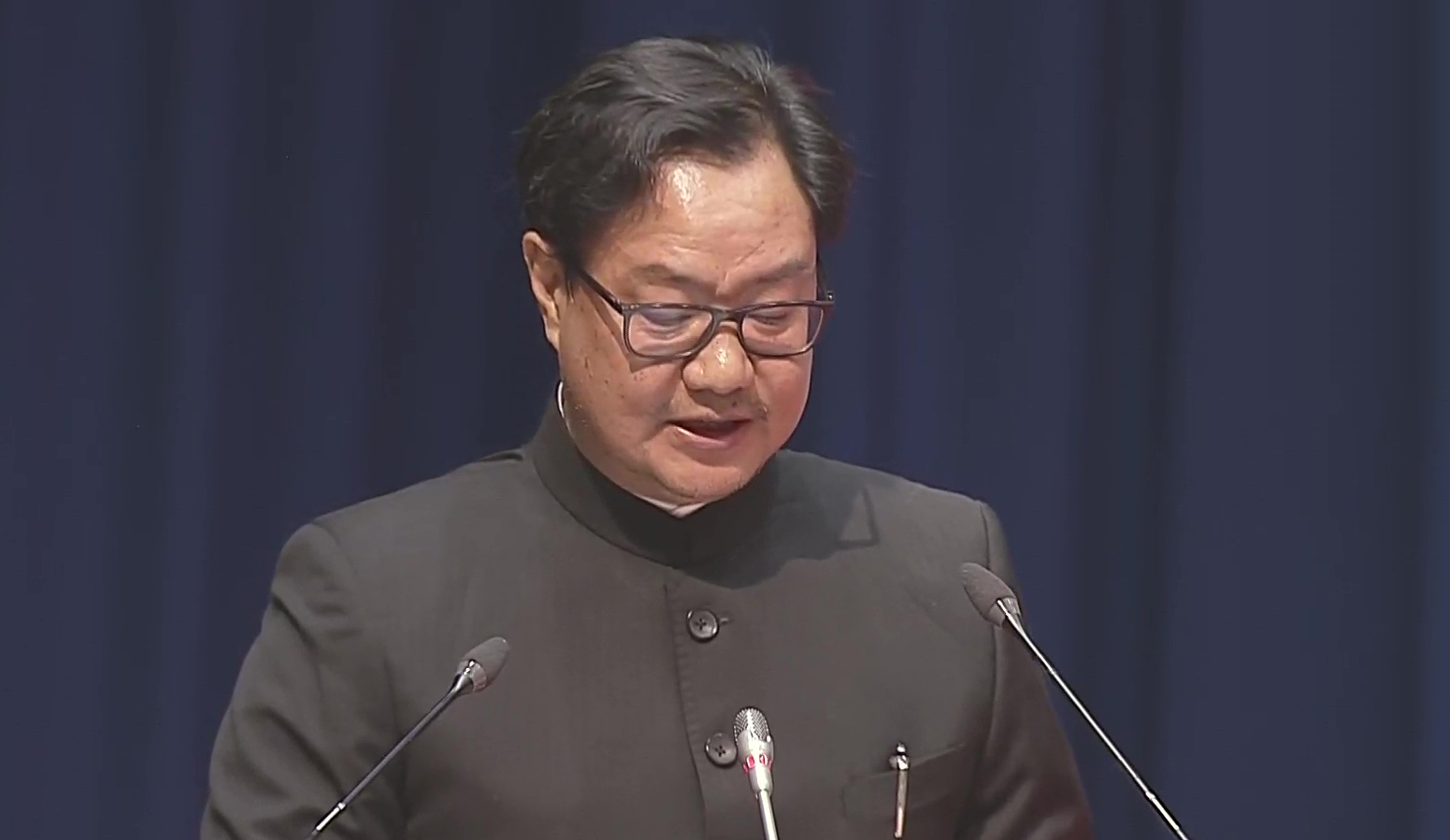 New Delhi, Nov 26: Law Minister Kiren Rijiju on November 26 said the government is doing everything possible to strengthen the judicial system and have a “very close, cordial relationship” with the judiciary.
The remarks came close on the heels of the Minister attacking the collegium system of appointment of judges and describing it as something alien to the Constitution.
Addressing the Constitution Day event at the Supreme Court in the presence of Prime Minister Narendra Modi and Chief Justice of India (CJI) D. Y. Chandrachud, Mr. Rijiju said, “We work as a team from the government’s side under the visionary leadership of the Prime Minister.”
“We are doing everything possible to strengthen the Indian judicial system and also to have a very close, cordial relationship with the Indian judiciary,” he said.
Mr. Rijiju said he is fortunate to have shared a very cordial relationship with the previous two CJIs N. V. Ramana and U. U. Lalit and incumbent Mr. Chandrachud as well as the judges of the Supreme Court and high courts.
“…we have shared very cordial relationship and identified those issues which we have to deal with collectively,” he said.
Addressing the gathering, the Minister said that in a country as large as India, the “last-mile delivery” of justice remains critically challenged. “New solutions have to be generated, integrated and interoperated across various available legal platforms to actualise the last mile delivery of legal services,” he said.
“In a vast country such as India where 65% of the population still lives in rural areas and where regional and local languages are the medium of understanding in most States, language becomes one of the perceived barriers in ensuring universal access to justice,” he observed.
Mr. Rijiju said legal material and legal terminology are not available in a language understandable by the common people.
He reminded that the Prime Minister had on multiple occasions highlighted the need to encourage local languages in courts to increase the confidence of people in the judicial system and to make them feel connected to it.
Now, a panel headed by former CJI S. A. Bobde is listing out words and phrases which are most frequently used in various branches of law such as civil, criminal and constitution for developing a ‘common core vocabulary’ close to all Indian languages.
He said such a common core vocabulary for all Indian languages will also help in translating legal material from one Indian language to another.
“By doing so, this will enable availability of law text books and judgements, orders in local languages to students pursuing legal education as well as administrators and litigants,” the Minister said. It will also facilitate working of courts in local languages. (Agencies)