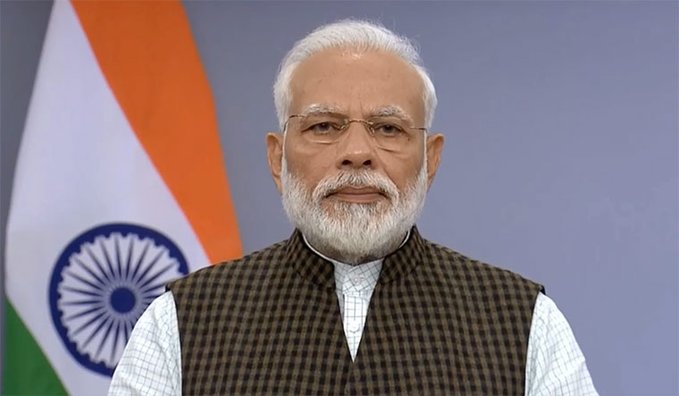 PANAJI, Dec 19: Prime Minister Narendra Modi on Sunday said that Goa would have been liberated from the Portuguese rule much earlier had the country’s first home minister Sardar Vallabhbhai Patel lived for some more time.
He also said that although India got independence much before Goa became free, people of the country could not enjoy at that time as they felt uneasy thinking that one part was the country was still under foreign rule.
Modi was speaking at an event to celebrate the Goa Liberation Day, observed on December 19 every year to mark the day Indian armed forces freed the coastal state from the Portuguese rule in 1961.
“Had Sardar Vallabhbhai Patel been alive for a little more time, Goa would have been liberated earlier,” Modi said.
Patel, deputy PM in the Nehru cabinet, died on December 15, 1950. He is credited with the liberation of Marathwada region in Maharashtra from erstwhile Nizam’s rule. In the past, several BJP leaders had blamed the then prime minister Jawarhalal Nehru for the delay in liberation of Goa.
Modi said India had got independence before Goa was liberated.
“People of this country could have enjoyed the fruits of independence, but they could not do so. People were uneasy because one part of India (Goa, Daman, Diu and Dadra Nagar Haveli) was still under foreign rule. Several of the freedom fighters left everything to join Goans in their freedom struggle,” he said addressing the Goa Liberation Day event at Dr Shyama Prasad Mukherjee stadium near here.
This happened because India is not just a political power, but it is a country that protects human values. The countrymen consider the entire nation a family. We have the philosophy of ‘nation first’, he added.
“At this point of time, I would like to say that had Sardar Vallabhbhai Patel lived longer, Goa would not have to wait so long to be liberated from the Portuguese rule,” Modi said.
Talking about his recent visit to Rome, Modi said, “Some time ago, I went to Italy and the Vatican City. There I also had the opportunity to meet Pope Francis. I invited him to visit India, to which Pope Francis said ‘This is the greatest gift you have given me’. This is his love for India’s diversity, our radiant democracy.”
Modi lauded freedom fighters, including those from outside Goa, who fought for the state’s freedom. When India got Independence, they still continued the fight to liberate Goa, he added.
“They ensured that the struggle to liberate Goa did not end after India’s independence,” he said.
Modi also congratulated the Goa government for topping in various parameters of good governance.
The state has topped on parameters like per capita income, exclusive toilet facility for girls in schools, tap water in every household, door to door waste collection, and food security, he said.
Modi remembered former Goa chief minister late Manohar Parrikar, saying he had understood the potential of the state and nurtured it for welfare of the people.
Parrikar, who was the defence minister during the first term of the Narendra Modi government, died on March 17, 2019 after a long battle with pancreatic cancer.
During the Liberation Day event, Modi felicitated freedom fighters and veterans of Operation Vijay undertaken by the Indian military to liberate Goa.
Modi said Goa came under Portugal rule when a major part of the country was ruled by Mughals, but centuries later, neither has Goa forgotten its Indianness, nor has India forgotten Goa.
The Prime Minister virtually inaugurated five projects including beautified Aguada Jail, Super Speciality Block of Goa Medical College and Hospital, District Hospital in Margao, Gas Insulation Station in south Goa and Aviation Skill Development Centre at Mopa in North Goa.
After his arrival in Goa this afternoon, Modi paid tributes to martyrs who laid their lives for the liberation struggle at Martyrs’ memorial in Panaji.
The PM, who reached here this afternoon to participate in the celebrations marking 60 years of the coastal state’s liberation from Portuguese rule, also witnessed a fly past and sail parade at Miramar.
Modi inaugurated multiple development projects, including the renovated Fort Aguada jail museum, super specialty block at the Goa Medical College and new South Goa district hospital.
The super specialty block at the Goa Medical College and Hospital has been constructed at a cost of over Rs 380 crore under the ‘Pradhan Mantri Swasthya Suraksha Yojana’ scheme.
The new South Goa district hospital, built at a cost of around Rs 220 crore, is equipped with modern medical infrastructure, including OPD services in 33 specialties, latest diagnostic and laboratory facilities and services like physiotherapy and audiometry.
The re-development of the Aguada Fort jail museum as a heritage tourism destination under the ‘Swadesh Darshan Scheme’ has been done at a cost of over Rs 28 crore. Before Goa’s liberation, the Aguada Fort was used to incarcerate and torture freedom fighters.
The museum will highlight the contributions and sacrifices made by prominent freedom fighters who fought for the liberation of Goa and will be a befitting tribute to them.
Modi also inaugurated an aviation skill development centre at the Mopa airport and a gas insulated substation at Dabolim-Navelim in Margao. He laid the foundation stone for the India International University of Legal Education and Research of the Bar Council of India Trust at Goa.
He also released a Special Cover and Special Cancellation to mark the commemoration of Indian armed forces freeing Goa from Portuguese rule.
Modi’s visit to the coastal state came ahead of Goa Assembly elections scheduled early next year and the ruling BJP’s attempts to ward off challenge by new entrant TMC and other parties. (PTI)