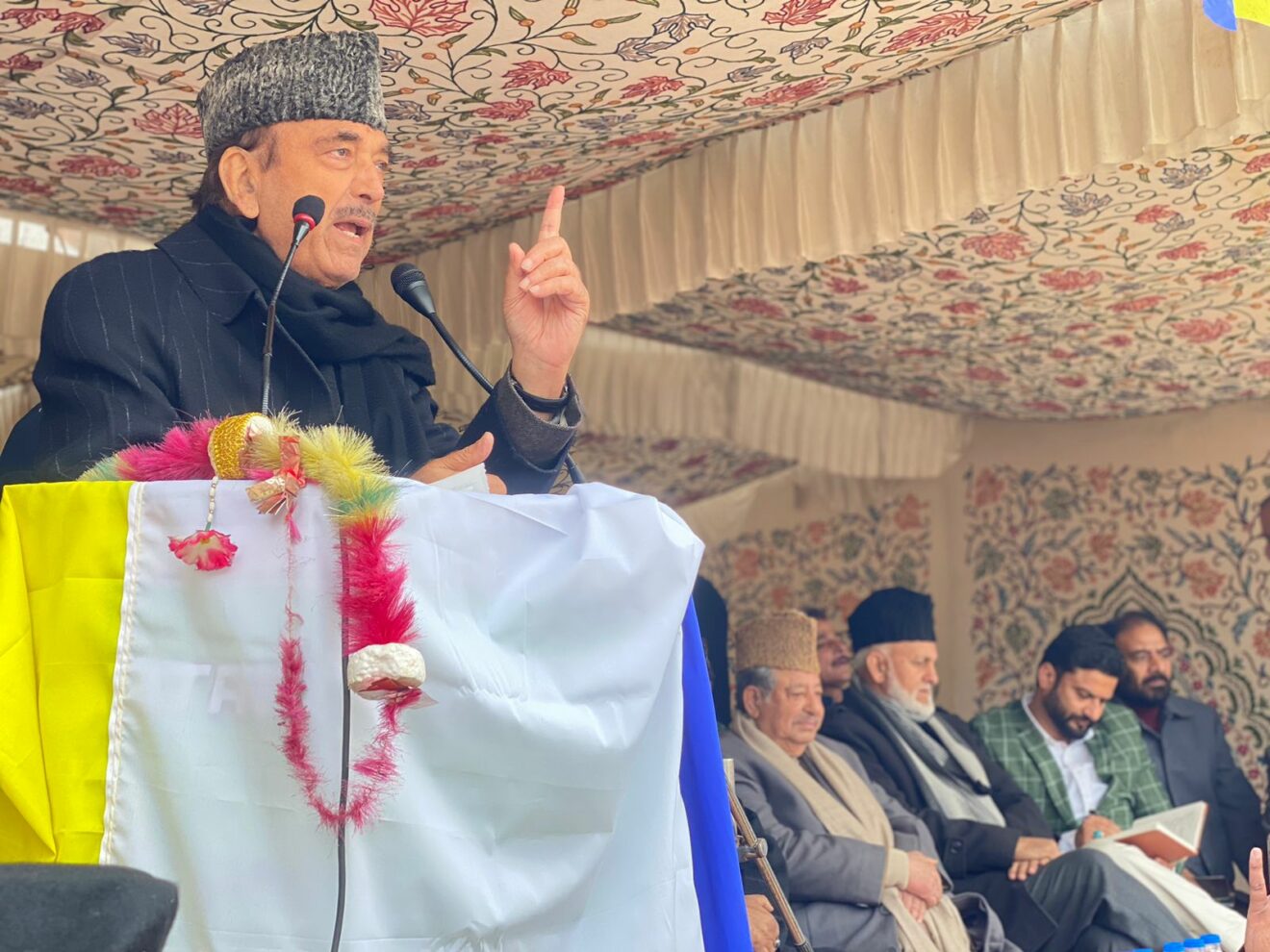 SRINAGAR, Dec 8: Democratic Azad Party (DAP) chief Ghulam Nabi Azad on Thursday said the Assembly elections in Jammu and Kashmir should be held within the next six months as people cannot wait till 2024.
He said holding of the elections was important to take J-K out of economic and political crisis.
“We do not want to wait for 2024. We have been waiting for change for the last so many years,” Azad told reporters in Kupwara district in north Kashmir.
The former Congress leader said there was no need to dissolve the J-K assembly in 2018. But after it was done, the elections should have followed in six months, he added.
“When it was done, there was no terrorism in the state, there was no tension, and the elections should have taken place within six months. However, almost five years have gone by since then, many things, which were unthinkable, happened,” Azad said.
Things like abrogation of Article 370, downgrading of such an old state and its division, which were unthinkable, took place, he added.
Azad said “untoward things” happened in these five years “because of which, the situation in every respect in our state became worse”.
“Then, there is no representative, no MLA, no minister, no chief minister, where will people go? There are no doctors, no teachers, no roads, no employment, whom will the people approach. So, every person here is frustrated, be it labourers, youth – who are into drugs after securing high education,” he said.
The former Union minister said “to take this state out of an economic and political crisis, the elections should be held in the next six months whenever the weather gets better. 2024 is very far”.
Azad said if his party is elected to power after the elections take place, “we will ensure that jobs and land rights are secured for local people”.
“Our fight for the rights of local people will continue. But if you are in power you negotiate from the position of strength, so winning elections will help us to strengthen our resolve to bargain for our people,” he added.
Azad said development projects approved and executed in Kupwara district during his short tenure as chief minister have changed the infrastructural landscape of the border region.
Since then, no government in power ever could match the development pace and all the benefits people take out of facilities were sanctioned or executed during my tenure only, he added. (Agencies)