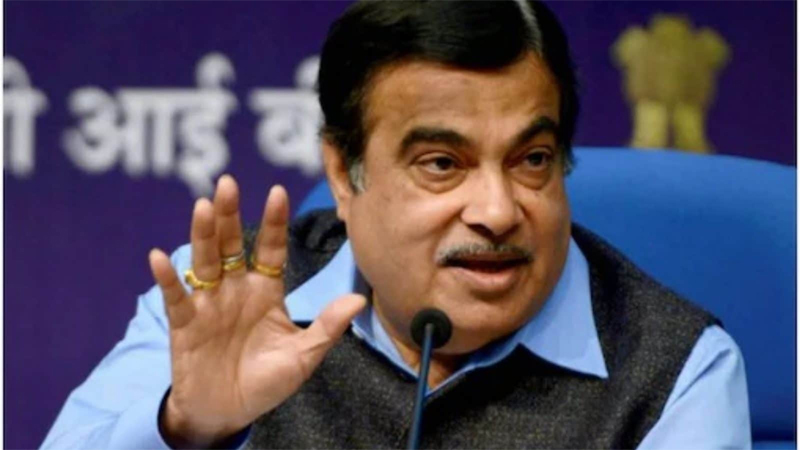 JAMMU, June 29: Union Minister for Roads, Transport and National Highways Nitin Gadkari has approved budgetary outlay of Rs 2574.47 crore for work on Kunjwani to Sidhra section of National Highway-44 and Domel to Katra section.
This will give boost to work on New Delhi-Katra Expressway, a prestigious project of the Central Government which will drastically reduce travel time between New Delhi to Jammu and Katra and will also link prominent religious places including Golden temple in Amritsar and Mata Vaishno Devi Ji shrine in Katra in Reasi district of Jammu region.
The Union Minister approved the budget of Rs 2574.47 crore through a series of tweets.
“Development work of 4/6-Lane Access Control Expressway from Kunjwani to Sidhra section of National Highway-44 and Domel to Katra section in Katra (Phase II-Package XVII) has been sanctioned under Bharatmala Pariyojana in the Union Territory of Jammu and Kashmir with a budget outlay of Rs 2574.47 crore #PragatiKaHighway #GatiShakti,” said Gadkari in his tweets.
A day before Gadkari approved budgetary outlay of Rs 823.45 crore for construction of 4-lane with paved shoulder of Srinagar-Baramulla-Uri section of National Highway-01 on EPC mode under Project Beacon, Border Roads Organization (BRO).
Sources said the Highways Ministry’s nod to budgetary outlay from Kunjwani-Sidhra and Domel-Katra sections of Delhi-Katra Expressway will go a long way in expediting work on the Expressway and meet timelines for its completion.
Worthwhile to mention that Prime Minister Narendra Modi was scheduled to lay foundation stone of Delhi-Katra Expressway at Ferozepur in Punjab on January 5 along with other projects. However, the foundation laying ceremony was cancelled as the Prime Minister couldn’t reach the venue due to rain.
According to sources, the Delhi-Amritsar-Katra Expressway will have a total length of 669 kilometers and will be developed at a total cost of about Rs 39,500 crore.
“The Expressway will halve travel time from Delhi to Amritsar and Delhi to Katra,” they said.
They added that the Greenfield Expressway will connect key Sikh religious sites at Sultanpur Lodhi, Goindwal Sahib, Khadoor Sahib, Tarn Taran and holy Hindu shrine of Shri Mata Vaishno Devi Ji.
The Expressway will also connect key economic centres like Ambala, Chandigarh, Mohali, Sangrur, Patiala, Ludhiana, Jalandhar, Kapurthala, Kathua and Samba in four States/Union Territories of Haryana, Chandigarh, Punjab and Jammu and Kashmir.
The Expressway will reduce the distance between Delhi to Amritsar/Katra by about 40 km and enable the commuters to travel from Delhi to Amritsar within 4 to 4½ hours and Delhi to Katra within 6 to 6½ hours, sources said.
The Government has so far not mentioned timeline for completion of the Expressway.
The Delhi-Amritsar-Katra Expressway will be complete access controlled and an environmental friendly Expressway with planned cover of about 10 lakh trees to improve carbon footprints. Entry and exit from the Expressway planned at designated interchanges on all National Highways and major State Highways intersecting the Expressway. For comfort of the road user, 40 wayside Amenities including seven in J&K will be constructed.
Sources said the pilgrims visiting holy cave shrine of Mata Vaishno Devi Ji will be major beneficiaries with construction of Delhi-Amritsar-Katra Expressway especially those travelling by road from Northern Indian States/Union Territories of New Delhi, Haryana, Punjab, Chandigarh and Himachal Pradesh as the Expressway will sharply reduce travel time.