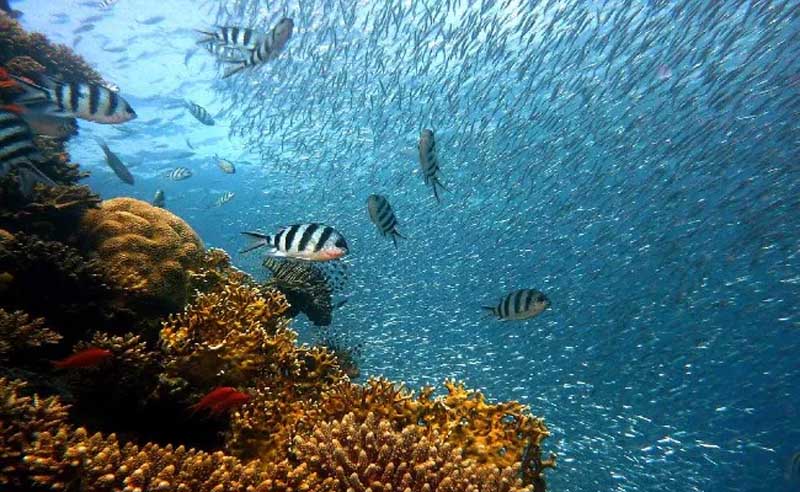 NEW DELHI, June 23:
Scientists have recorded four species of azooxanthellate corals for the first time in Indian waters.
The four species named Truncatoflabellum crassum, T Incrustatum, T Aculeatum, and T Irregulare were recorded from the waters of Andaman and Nicobar Islands.
Azooxanthellate corals are a group of corals that do not contain zooxanthellae — unicellular, golden-brown algae. They are found in dark habitats, especially within caverns.
Their distribution is not limited to the upper layer of ocean alone, but are known from the tropical seas to polar seas and from the intertidal zone to over 6,328 metres depth.
The study, published recently in Thalassas: An International Journal of Marine Sciences, was carried out in reef ecosystems of Andaman and Nicobar Islands.
The researchers from the Zoological Survey of India (ZSI) reported four species of azooxanthellate corals from the shallow water region. The previous studies carried out on the scleractinian coral resulted in the documentation of the total of around only 10 per cent of azooxanthellate corals in comparison with zooxanthellate corals from Indian waters.
“The four species named as Truncatoflabellum crassum, T Incrustatum, T Aculeatum, and T Irregulare under the family Flabelliiidae are recorded for the first time from India,” the authors of the study noted.
All four specimens were previously recorded from Japan to the Philippines and Australian waters while only T Crassum was reported within the range of Indo-West Pacific distribution including the Gulf of Aden and the Persian Gulf, they said.
The study illustrates the morphological features along with the global mapping of zoogeographic distributional ranges of the four species of flabelliids.
A 2016 study by researchers at the Institute for Environmental Research and Social Education, Tamil Nadu reported three species of azooxanthellate corals, for the first time from the rocky out-crops off Goa, mid-west coast of India.
That study noted that there were 227 species of azooxanthellate scleractinian corals belonging to 71 genera reported from Indian Ocean region. (PTI)