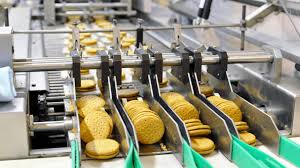 NEW DELHI, Dec 2: NITI Aayog CEO Parameswaran Iyer on Friday said the food processing sector is critical for the Indian economy as well as job creation and stressed on ramping up production and exports of processed items.
Addressing a CII seminar here, Iyer said there is a need to encourage the MSME sector to enter the food processing sector, which he described as a very important sector for the health of the economy and people.
He underlined that food processing can boost farmers income and also help in achieving nutritional goals.
Iyer said there is a need to augment primary processing at farm level.
Stating that food security has become important in the current global context, he said the Hovernment has taken a number of steps in this regard.
The Niti Aayog CEO highlighted that there has been a steady growth in agriculture.
On the food processing front also, Iyer said a number of initiatives have been taken by the Government, including the Production Linked Incentive (PLI) scheme.
“This is a very, very important program of the Government, which is really looking to incentivise investment, but manufacturing in very critical strategic sectors such as food processing,” he added.
The NITI Aayog CEO said that the year of the millet is going to start in less than a month.
“So, a big focus on millets as well, which has got multiple positive externalities, in addition to good health,” he said.
Iyer noted that there have been a lot of changes in the way food is produced and agricultural cropping patterns have changed.
“But food processing is a critical sector, both from the economic point of view but also from the jobs point of view,” he observed.
Iyer said the MSME sector, which is the biggest producer of jobs, needs to be brought in the food processing sector as well.
“Export of food processed items from India, which is happening already, needs to be ramped up,” he said.
Iyer highlighted that food comes through very long and complex supply chains from around the world.
“And it covers the entire gamut, whether it’s animal husbandry or agriculture or fisheries, storage, transportation, distribution, retail, so it’s an entire complex ecosystem of its own…”, he said.
Therefore, Iyer said it needs very specialized and targeted interventions to thrive.
Iyer also expressed concern over food wastage and said there is a need for reduction through processing.
“On the one hand, we produce food and on the other side there is a lot of wastage and there are millions of people globally, who are chronically undernourished,” he observed.
Iyer pointed out that food systems are also driving the degradation of the natural environment.
“So, there are some serious challenges which of course, you will be addressing,” he told the food processing companies.
The NITI Aayog CEO sought suggestions from the industry to remove bottlenecks and unlock the potential of this sector.
In his address, Iyer also talked about backward linkage from food processing and emphasised on the need to strengthen primary processing at the farm level.
“… That’s again, a major challenge, because it cuts across multiple sectors, multiple ministries, and multiple ecosystems. So how do you improve sorting, grading packaging drying at the primary processing level?,” he asked.
It’s going to be fundamental to move up that value chain, he added.
Iyer said it is crucial to enable distributed primary processing towards building up scale for higher value processing.
He noted that scaling up of the food processing ecosystem is also going to have a direct impact on improving farmers incomes, which is a very high policy priority for the Government.
“So on the one hand, it will allow for better price realisation. On the other hand, of course, it’s going to help us reach our nutrition goals,” he said.
“Nutrition, particularly for children below the age of five, is absolutely critical from a health point of view, and we have a long way to go on that,” Iyer said.
There’s been a lot of improvement, but there is a need to focus on nutritious food, he said.
Iyer emphasised on incentivising farmers to move towards better cropping practices, giving them a better return on the investment and increasing their incomes.
He touched upon the importance of food safety and said this is an area where perhaps India is not as advanced as other countries.
The use of technology, particularly digital technology, can make a huge difference in scaling up sustainable food processing systems, he said.
Iyer also shared the various initiatives which will be taken to promote millet during the next year. (PTI)