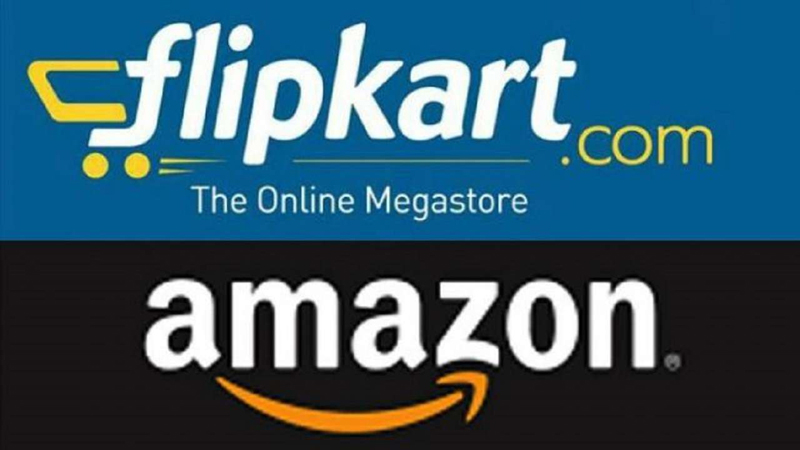 NEW DELHI, Nov 8: With festive sales drawing to a close, e-tailing giants Amazon and Flipkart have claimed bumper sale on their platforms, and that they were ahead of the competition, as they received orders from customers from over 99 per cent of the pin codes in the country.

Citing a survey by Kantar IMRB and other reports, Amazon India Senior Vice President and Country Head Amit Agarwal said Amazon emerged as “the most visited and transacted shopping destination in India this festive season” (October 10-15, October 24-28 and November 2-5).

Asked about another report stating that Flipkart cornering 51 per cent share of the festive sale between October 9-14, Agarwal said, “we don’t comment on reports that are based on non-scientific methodologies”.

The said industry report had stated that Amazon.In had a 32 per share in the first leg of the festive sale before Dusshera.

Both Walmart-backed Flipkart and Amazon have claimed record-breaking sales numbers across categories like smartphones, large appliances and fashion during their festive sales.

“The current sale (November 1-5) is already more than 2X of our Big Billion Days sale this year. We were the clear leaders in the fashion category… We had all brands (of smartphones) except one…Competition is no where close to that,” Flipkart Head of Growth Smrithi Ravichandran said.

She added that customers on an average spent Rs 7,500 on various purchases during this festive sale and that its gross merchandise value (GMV) was up 90 per cent over last year. (PTI)