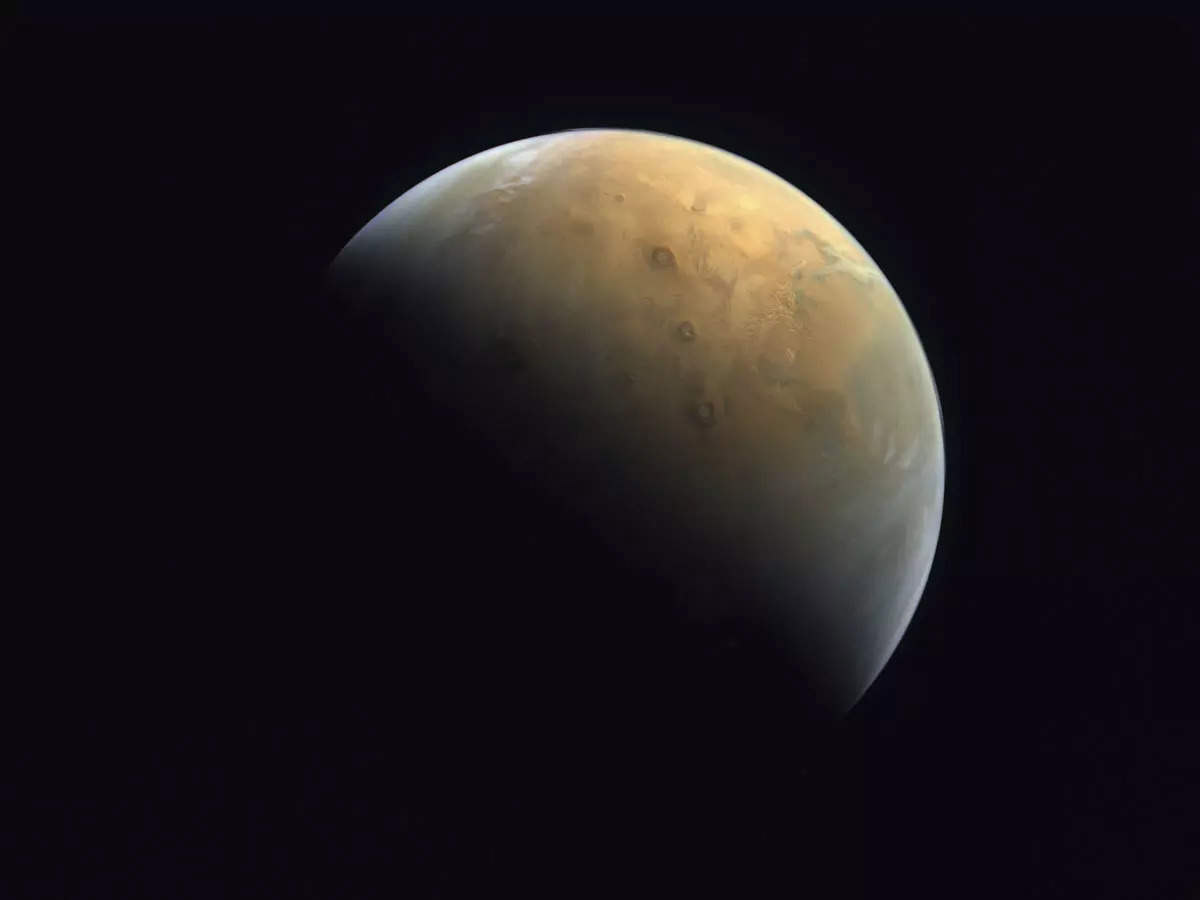 PERTH, Feb 3: Are we alone in the Universe? Billions of dollars are being spent trying to answer that simple question. The implications of finding evidence for life beyond Earth are staggering. The “before and after” mark would punctuate human history.
Mars is currently the most popular exploration target to search for evidence of life elsewhere. Yet little is known about its early history. Our research on a Martian meteorite provides new clues about early surface conditions on the red planet.
Windows into the past
Today Mars is cold and inhospitable. But it may have been more Earth-like and habitable in a bygone era. Landforms on Mars record the action of liquid surface water, perhaps as early as 3.9 billion years ago.
Like Earth, early Mars was subject to a global bombardment from chunks of rock and ice floating around the Solar System. Giant impacts both destroy and create favourable environments for life. So to untangle when conditions suitable for life may have arisen on Mars, we have to track the history of both water and impacts.
A flotilla of rovers and orbiting spacecraft have been dispatched to Mars, with two NASA rovers specifically exploring impact craters for evidence of past life. Samples collected by rovers will be returned in future missions.
For now, meteorites are the only samples of Mars available to study here on Earth. Martian meteorites are born when an impact on Mars ejects rocky fragments that later intercept Earth’s orbit. Most Martian meteorites are igneous rocks, such as basalt. One meteorite, NWA 7034, is different, as it represents a rare sample of the surface of Mars.
Sending shock waves
The NWA 7034 meteorite, weighing about 320g, was found in the desert of northwest Africa and first reported in 2013. Unique oxygen isotope signatures reveal its origin from Mars. Other meteorites blasted off of Mars during the same event have since been found.
NWA 7034 is a complicated rock made of broken rock and mineral shards called “breccia”. Its various fragments record different snippets of Martian history.
Tiny grains of the mineral zircon occur in NWA 7034. Zircon is a “geochronometer”, meaning it records (and reveals to us) how much time has passed since it crystallised from magma. Prior studies of NWA 7034 found it contains the oldest known zircons from Mars – some up to 4.48 billion years old.
Zircon is quite useful for studying meteorite impacts. It preserves microscopic damage caused by the passage of shock waves, and these “shocked grains” provide a solid record of impact. However, no zircons with definitive shock damage had been identified in previous studies of NWA 7034.
NWA 7034 is similar to a type of sedimentary rock on Earth called conglomerate. In such rocks, every mineral can have a different origin. With that in mind, we set out to survey additional zircon grains in NWA 7034 to see if we could find any that recorded evidence of impact.
We looked at more than 60 zircons, but found only one shocked grain. This means the impact occurred before the grain was mixed into the pile of fragments that became a rock.
Reassessing Mars’s timelines
The type of shock features we found are called “deformation twins”. High pressure shock waves squeeze zircon like an accordion. This process can reorganise atoms within the crystal, to form a duplicated “twin” of zircon, which we can detect.
We determined the zircon crystallised 4.45 billion years ago, making it one of the oldest zircons known from Mars – even older than the oldest known piece of Earth (also a zircon).
We don’t know what kind of rock the shocked zircon originally formed in. The original igneous host rock was ripped apart during impacts on Mars. The zircon is a broken fragment from a larger grain mixed in with the matrix of the meteorite.
We do, however, know where shocked zircons like this are made. On Earth, shocked zircons with deformation twins are only found at impact craters. Moreover, they occur at all of Earth’s largest asteroid strikes.
Zircons with shock features have been found at Vredefort in South Africa, Sudbury in Canada and Chicxulub in Mexico. The Mexican crater formed about 65 million years ago, and has been linked to the extinction of the dinosaurs. In this case, shocked zircons were one product of an impact large enough to cause a mass extinction.
Prior studies cited an absence of shock features in zircon from NWA 7034 to indicate a decline in catastrophic impacts on Mars by 4.48 billion years. It was further proposed that habitable conditions existed as of 4.2 billion years ago.
However, the shocked zircon we found crystallised 4.45 billion years ago. The shock event would have had to have occurred at least 30 million years after Mars had supposedly stopped being bombarded.
When exactly was the impact?
Although determining the precise age of impact is difficult, geochemical studies of NWA 7034 reveal its main components were subject to meteorite impacts before roughly 4.3 billion years ago. In this scenario, the zircon may have been shocked during this time, somewhere between 4.3 and 4.45 billion years ago.
Alternatively, it may have formed more recently, but before a decline in the rate of impacts earlier than 3 billion years ago. Both land forms and water-bearing minerals argue for early surface water on Mars, possibly by 3.9 to 3.7 billion years ago. This may be the best indicator for when habitable conditions existed.
Our findings raise new questions about the early impact history of Mars. Determining the origin of the shocked zircon, and time of impact, will provide better context for interpreting the planet’s history as archived in meteorite NWA 7034 – and potentially a timeframe for when conditions for life may have emerged. (The Conversation)
(AGENCIES)