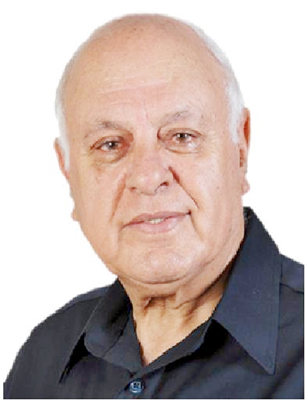 NEW DELHI, Apr 6: Seeking a serious political initiative to resolve the Kashmir issue, National Conference president Farooq Abdullah today told Home Minister Rajnath Singh that “unabated civilian killings” risked pushing Jammu and Kashmir to a “dangerous precipice of turmoil and instability”.
Abdullah, who met Singh here and apprised him about the “grim situation” in the Valley, said the Government should reach out to the youths and take the spurt among local boys joining militant ranks very seriously.
“The spate of civilian killings was unacceptable and it risked pushing the Valley to a dangerous precipice of turmoil and further instability. I urged the Central Government to take decisive measures to prevent loss of innocent, precious lives in Kashmir and to initiate a sustainable, effective and serious political initiative to stop widespread alienation and disenchantment in the Valley,” he said after the meeting.
Expressing concern over civilian killings and deteriorating situation in the Valley, the Srinagar MP said the number of local boys joining militant ranks is unprecedented after the early 1990s and this is an ongoing trend which is only increasing with each passing day.
“A purely military or operational approach to deal with the situation would be futile. This is a crucial time and requires political handling from both the Central and the State Governments,” he said.
Abdullah said the “mounting casualties” suffered by the security forces and personnel of the Jammu and Kashmir Police was also a matter of grief and concern and that he stood in solidarity with the families of those who had lost their lives in the line of duty.
The former Chief Minister said recent protests by students across the Valley indicated widespread anger and resentment that should be acknowledged and understood.
“The spontaneous student protests indicate the level of alienation and anger and should serve as a wake-up call. I hope the Central Government takes urgent, decisive and concrete measures,” he said.