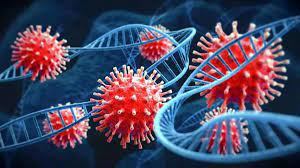 NEW DELHI, Mar 5: Forecasting models are good only for short-term projections and an IIT-Kanpur study predicting a fourth Covid wave in India in June may at best be “data astronomy” and guesswork, say several scientists.
Dispelling fears of another spike in cases in the next three months, they also took note of the fact that most people in India have had two vaccines and one natural infection. So even if there is a wave, the consequences in terms of hospitalisation and deaths should be manageable unless there is a new variant.
“Active cases are decreasing quite fast — and from looking at the current trends we certainly cannot say anything about a new wave in the future,” said Sithabra Sinha, professor at Chennai’s Institute of Mathematical Sciences (IMSc).
The reproductive number (R) — the expected number of cases directly generated by one case in a population — for India is at the lowest value it has been since COVID-19 broke here in March 2020, he added.
According to the recent modelling study by researchers at the Indian Institute of Technology-Kanpur, the fourth wave of the COVID-19 pandemic in India may start around June 22 and peak from mid to late August.
The yet-to-be peer-reviewed study, posted on the preprint repository MedRxiv, used a statistical model to make the prediction, finding that the possible new wave will last for four months.
The research led by Sabara Parshad Rajeshbhai, Subhra Sankar Dhar and Shalabh of IIT Kanpur, also noted that there is always a fair chance that a possible new variant of coronavirus may have an intense impact on the whole analysis.
The study led to animated debate with experts questioning the assumptions made in it.
The precise timing itself is suspect, said Gautam Menon, who has been tracking Covid numbers in India since the beginning of the pandemic. The methodology, in his view, is doubtful and any modelling exercise making predictions months in advance is not trustworthy.
“I would not trust any such prediction, especially one with precise dates and times,” the professor, Departments of Physics and Biology, Ashoka University in Haryana, told PTI.
“We can predict nothing about the future because what new variant may come along is unknown. What we can, however, do, is be vigilant and collect the data that enables us to react fast and effectively,” he added.
Public health expert Bhramar Mukherjee agreed, saying the kind of prediction made in the IIT Kanpur paper is akin to data astrology, not data science.
“I do not believe in the former. In my experience, forecasting models are very good with short-term prediction two-four weeks ahead of time,” Mukherjee, professor of Global Public Health at the University of Michigan, US, told PTI.
“Long-range predictions are not reliable. Could anyone predict Omicron during Diwali? We should have some humility of knowledge based on the past,” the scientist added.
Theoretical physicist Sinha echoed the views of the others.
“I would in any case be fairly sceptical of such long-range predictions.. Given the large number of uncertainties involved, any statement about what’s going to happen a few months down the line is no better than just pure guesswork.”
In epidemiologist Ramanan Laxminarayan’s view, there will likely be new, smaller waves of the pandemic but the basis for the IIT Kanpur prediction is not clear.
“Emergence of new variants, continuation of vaccination coverage and eventually, a booster policy will determine when and how COVID-19 will re-emerge,” Laxminarayan, director of the Center for Disease Dynamics, Economics & Policy in Washington and New Delhi, told PTI.
There are concerns that a future surge may be driven by the highly contagious Omicron BA.2 subavriant, spreading fast in many countries, including in Denmark and the UK, or an entirely new variant that could surprise the world like Omicron did in November last year.
“Already, there is a high level of hybrid immunity present, from a combination of prior infections and vaccinations. The Omicron wave was largely blunted because of this hybrid immunity, but also because that variant was less virulent overall,” said Menon.
Laxminarayan added that there is a risk of a future surge. Experience from other countries shows that India’s mutant third wave was not because Omicron was much less virulent but because Indians had immunity through prior exposure and vaccination.
“We have to watch out for the data, focus on reopening schools and workplaces, keep vaccination efforts going, stock up on antivirals and treatments, and increase mitigation strategies when we see an uptick, just like we did for the Omicron wave,” Mukherjee agreed.
Defending their study, authors Rajeshbhai, Sankar Dhar and Shalabh said the scientific calculations used in the paper are based on certain statistical models and scientific assumptions. The usage of such models and assumptions are common in academics and research, they told PTI in a joint email.
“We have attempted to make forecasting using some statistical modelling which we think may work in such scenarios. In research, we are always attempting to solve an unknown problem based on scientific framework,” the statement said.
“But often several assumptions are required for the statistical inferences drawn. However, no one can guarantee the success beyond a certain confidence level, as there can be several factors that could influence the prediction which are mentioned in the preprint of the paper,” the authors added.
The authors also noted that any statistical estimation is associated with variability.
“We are in the process on addressing the confidence measure of the start and end dates of the fourth wave, that is to say the next wave could start on 22nd June plus-minus a few days,” they added.
According to Union Health Ministry figures on Saturday, 5,921 people tested positive for the infection in a day, taking India’s case tally to 4,29,57,477 (42.9 million/4.29 crore). Active cases were at 63,878. (PTI)