Excelsior Correspondent
JAMMU, Dec 14: To give a big push to the tourism sector in particular besides further improving the connectivity with other parts of the country, the Government has decided to extend the timing of evening flights at Jammu and Srinagar airports from January 1 next year.
“The Air Force authorities have been asked to extend watch hours from 8 am to 9 pm at Jammu Airport and 8 am to 8 pm at Srinagar airport to facilitate operation of flights during late hours,” Principal Secretary Civil Aviation Rohit Kansal said at a high-level meeting convened here today.
The meeting was attended by Divisional Commissioner Jammu Sanjeev Verma, Commissioner Civil Aviation, J&K, Capt S Katoch, Deputy Commissioner Jammu, Ramesh Kumar, Air Officer Commanding Jammu, Directors of Jammu and Srinagar Airports, Chief Engineer R&B Jammu, SSPs (Anti-hijacking) Jammu and Srinagar, besides Chief Managing Director Pawan Hans Ltd.
Kansal asked the Srinagar and Jammu Airport Directors to direct the Airlines to start early morning and late evening flights on Srinagar and Jammu sectors.
To ease the connectivity to different regions of the State affected by the weather vagaries, Principal Secretary Civil Aviation reviewed helicopter services of all approved 10 routes besides directing restoration of services for Ladakh within a week.
While reviewing the helicopter service, the meeting called for giving wide publicity to the helicopter route schedules besides publicizing the contact numbers of nodal officers of all helipads in print and electronic media.
Pawan Hans Ltd authorities were also asked to adhere to the already publicized schedule in operation of services to avoid inconvenience to passengers.
The meeting also asked Pawan Hans to construct hanger at earliest so that helicopters can be stationed at designated helipads.
Meanwhile, Air Force authorities were asked to facilitate hanger facility for helicopters till the completion of ongoing works of their own facility.
Regarding the runway extension of Jammu airport, boundary wall, the meeting was informed that works are going on in full swing and will be completed within stipulated time.
The meeting also discussed other issues related to acquisition of land at various places for extension of airports.
Regarding the operation of service under Regional Connectivity service from Kargil, the Deputy Commissioner Kargil and Director Airport informed that all the arrangements have been made to start the RCS flights.
The meeting also discussed the project for development of civil terminal and a new green filed at Jammu airport. 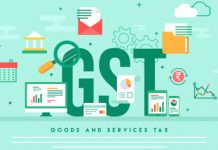 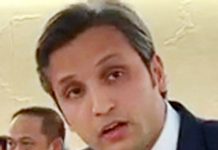