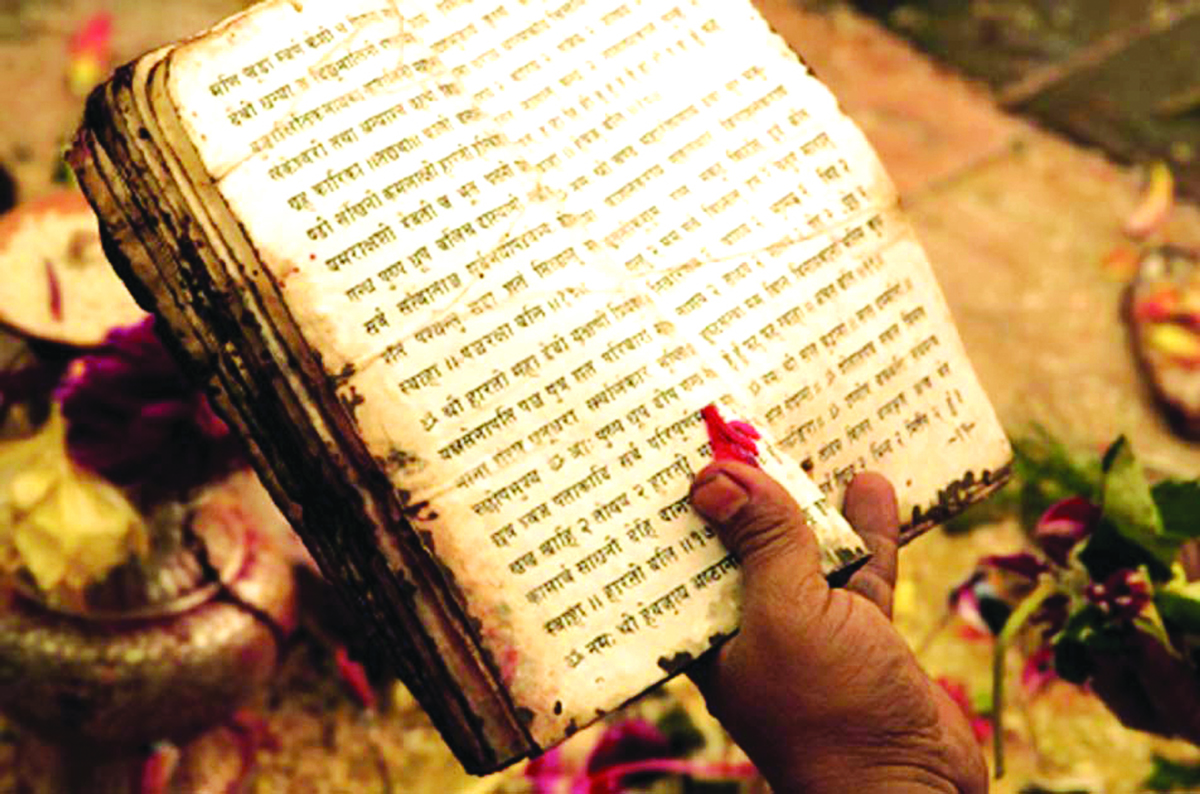 If we recollect our vedic culture, then we shall find that the base of the universe is truth. Extraordinary meaning of Truth has very well been stated in Bhagwad Geeta shloka 2/16-
“Na abhaavaha vidyatey sataha” i.e. Truth Prevails, it being eternal and everlasting.
The above shloka relates to the Almighty God, who is eternal, everlasting and Who creates, nurses, holds and is naturally the base of universe.
This fact is also clarified in Yajurved mantra 32/6 that Almighty God creates and then holds the sun, moon, stars i.e., heavenly bodies emitting light, earth and the remaining entire universe.
WHO can deny Rigved mantra 1/1/5 which preaches (Satyaha) i.e., God is Truth.
As fire generates fire similarly truth generates truth. You see, when God creates the universe, at that time, God Himself in the form of eternal and everlasting truth also gives true knowledge of four Vedas to four Rishis which has been obtained traditionally till now through ancient and present Rishi-Munis. I mean to say, that God is truth and knowledge of Vedas which emanates from God is further true, therefore origin of truth is God alone.
Then without studying Vedas wherein the eternal truth exists, who would be able to know about the truth? As such ordinary man has no power to know or realise the truth.
So, in present scenario, when mostly the people are not studying Vedas, they as per Yajurved mantra 40/12 are indulged in illusion, so without knowing eternal true path of worship, which exist only in Vedas, who would perform real worship to realise God whose divine qualities, deeds and worship are mentioned only in Vedas.
Vedas preach that from (Mansa) mind, (Vacha) voice and (Karmanna) deeds, nobody should follow falsehood.
Mundakopnishad says-
“Satyamev jayatee…. Na Nritam….”
i.e. at last the “Truth prevails and not falsehood”
And even the Yogi who ever follows truth firmly then his voice gets shelter of a result, that is, his speech/voice will never go in vain.
However, Yogi never blesses an undeserving person.
In this regard, I would like to quote Manusmriti shlok 4/138 wherein it is said, “Satyam Brooyaat Priyam Brooyaat, Apriyam Satyam Na Brooyaat.” i.e. always tell truth, tell sweet truth but bitter truth, should not be told.
In ancient times, the Rishis, used to preach to students “Satyam Vad Dharmam Char” i.e. in whole life you will have to speak truth always and do moral duties towards family, society and nation.
But now, due to lack of facilities to spread vedic knowledge in country, the students are not aware of vedic culture and hence falsehood.
Truth is the greatest and even more great than the practice of moral duties (dharma sadhna).
The whole world still has been remembering the several great dignitaries like Sri Ram, Harishchandra, Yudhishthir , Dashrath, Yayati, Manu Bshagwan etc. who held the truth in daily life.
Vyasmuniji has told in swargarohan parv of Mahabharat epic that Yudhishthir always spoke truth but in whole life once he uttered truth in twisted manner then after death, he was punished by God.
So, when nowadays it has become a custom of telling lies even for a small benefit then how much serious punishment thereof will be borne by us after death.
Truly, a child learns from his parents, elders and other school going friends etc. So if parents in the beginning life of a child, teach him first of all to be away from bad society, to tell always truth and to do always pious deeds, then the child would obey the parents.
The knowledge, of Vedas being the only truth will have to be spread by our learned intellectuals and government to enable the people to follow vedic path as was followed in previous yugas, to enjoy long, happy life. We must not forget that Truth only generates Truth.