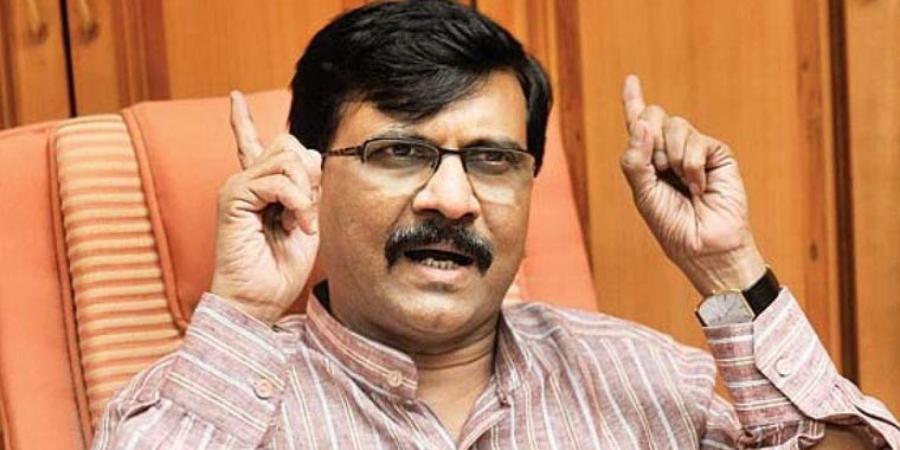 Mumbai, Jun 27: The ED has summoned Shiv Sena MP Sanjay Raut on Tuesday for questioning in a money laundering probe linked to the re-development of a Mumbai ‘chawl’ and other related financial transactions involving his wife and friends, officials said.

The Rajya Sabha MP, who has been asked to depose before the Enforcement Directorate at its office in south Mumbai and record his statement under the Prevention of Money Laundering Act (PMLA), termed the summons a conspiracy and said, “Arrest me”.

The development comes as the Shiv Sena battles rebellion from a group of its MLAs, putting a question mark on the future of Maharashtra’s Maha Vikas Aghadi (MVA) government. Rebel Shiv Sena legislators, who were first taken to Surat, are now camping in Guwahati.

“I just came to know that the ED has summoned me.

Good! There are big political developments in Maharashtra. We, Balasaheb’s Shivsainiks, are fighting a big battle. This is a conspiracy to stop me. Even if you behead me, I won’t take the Guwahati route.

“Arrest me! Jai Hind!” a defiant Raut said on Twitter.

In April, the ED provisionally attached assets worth over Rs 11.15 crore of Raut’s wife Varsha Raut and two of his associates as part of this investigation.

The attached properties are in the form of land held by Pravin M Raut, Sanjay Raut’s aide and a former director of Guru Ashish Construction Pvt Ltd, at Palghar, Saphale (town in Palghar) and Padgha (in Thane district).

According to the ED, Sujit Patkar is a close associate of Sanjay Raut.

It is understood that the agency wants to question Sanjay Raut to know about his “business and other links” with Pravin Raut and Patkar and also about the property deals involving his wife.

After arresting Pravin Raut in February, the ED had said he appears to be “acting as a front” or in collusion with some influential person(s).

The agency had said during probe it was revealed he made payments to certain “politically exposed persons”.

Sanjay Raut, 60, told reporters that he will not be able to make it to the ED office on Tuesday as he has a public meeting in Alibaug. He, however, said he will cooperate with the agency. The ED may issue him a fresh date.

In the Alibaug land deal, apart from the registered value, “cash” payments were made to the sellers, the agency had alleged.

Pravin Raut was arrested by the ED in a probe linked to a Rs 1,034 crore alleged land scam related to the re-development of the Patra ‘chawl’ in Mumbai’s Goregaon area.

He is in judicial custody at present.

Guru Ashish Construction Pvt Ltd was involved in re-development of the Patra ‘chawl’ which had 672 tenants in tenements on 47 acres belonging to the Maharashtra Housing Area Development Authority (MHADA), the ED had said earlier.

Guru Ashish is a subsidiary company of the Housing Development Infrastructure Ltd. (HDIL).

HDIL is under investigation by the ED and few other agencies in connection with the about Rs 4,300 crore alleged fraud at the Punjab and Maharashtra Cooperative (PMC) Bank.

ED said Guru Ashish had entered into a “tripartite agreement’ with the tenants and MHADA to re-develop the ‘chawl’.

According to the agreement, the ED said, the developer had to provide flats to 672 tenants and develop flats for MHADA. Thereafter, the remaining area was to be sold by the developer.

“The directors of Guru Ashish Constructions mislead MHADA and managed to sell the FSI (floor space index) to nine developers and collected about Rs 901.79 crore without constructing the rehab portion for 672 displaced tenants and MHADA portion,” it said.

This realty company also launched a project called Meadows and took the booking amount of around Rs 138 crore from flat buyers.

“The total proceeds of the crime generated by directors of Guru Ashish Constructions Pvt Ltd through illegal activities was about Rs 1,039.79 crore. Part of the proceeds of crime was further transferred to close associates,” it alleged.

The ED probe, conducted so far, found that “around Rs 100 crore were transferred from HDIL to the account of Pravin Raut”.

This amount was further “diverted” by Pravin Raut to various accounts of his close associates, family member, his business entities etc., it said.

“During 2010, part of the proceeds of crime of Rs 83 lakh was received by Varsha Raut (wife of Sanjay Raut) directly/indirectly from Madhuri Pravin Raut, wife of Pravin Raut.”

“This amount was utilised by Varsha Raut for purchase of flat at Dadar east,” the agency alleged.

ED investigations found that an amount of Rs 55 lakh was transferred back by Varsha Raut to Madhuri Raut. There are various other transactions too, it said.

A chargesheet was filed by the agency in April against Pravin Raut.

The agency had questioned Varsha Raut last year in connection with the PMC Bank case and her purported links with Pravin Raut’s wife.

Probe found that Varsha Sanjay Raut and Madhuri Pravin Raut “are partners in Avani Construction and Varsha Raut has received Rs 12 lakh from this entity (as overdrawn capital converted to loan) on a contribution of mere Rs 5,625”. (PTI)