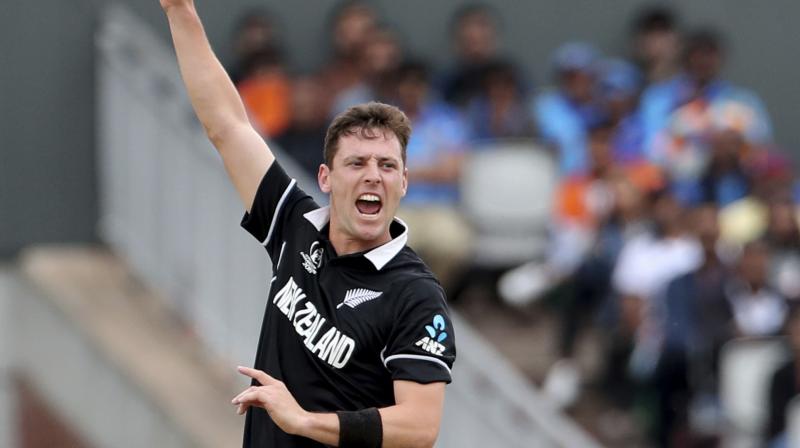 MANCHESTER: Destroyer-in-chief of India’s famed top-order, pacer Matt Henry says the flurry of wickets in the first 45 minutes of chase paved the way for New Zealand’s 18-run victory in the World Cup semifinal here.
Defending a modest target of 240, the duo of Henry and Trent Boult wrecked havoc with the new ball, reducing them to 3 for five and then 4 for 24.
“We wanted to get on top and put them under pressure. India have a world-class batting line-up and to break that opening partnership was huge,” Henry said after the win.
“Semi-finals are a special opportunity. We knew it would be tough for them if we took early wickets and that gave us the platform we needed,” he added.
Henry’s figures of three for 37 included the top-order scalps of Rohit Sharma, K L Rahul and Dinesh Karthik, earning him the Man-of-the-Match Award.
“This is up right there for me, coming into a semi-final and coming out on the right side of a tight match is always going to be tough to beat,” Henry said.
New Zealand had managed to seal a semifinal berth by the skin of their teeth, pipping Pakistan due to a superior net run-rate, and headed to the clash against India on the back of a three-match losing streak.
“We’ve been faced with so many challenges through this tournament, we just had to focus on our brand of cricket and trust the match winners we have in our dressing room. Whatever happened in the past didn’t really matter,” Henry said.
New Zealand will face the winner of the second semifinal, between Australia and England, in Lord’s on Sunday. (AGENCIES)