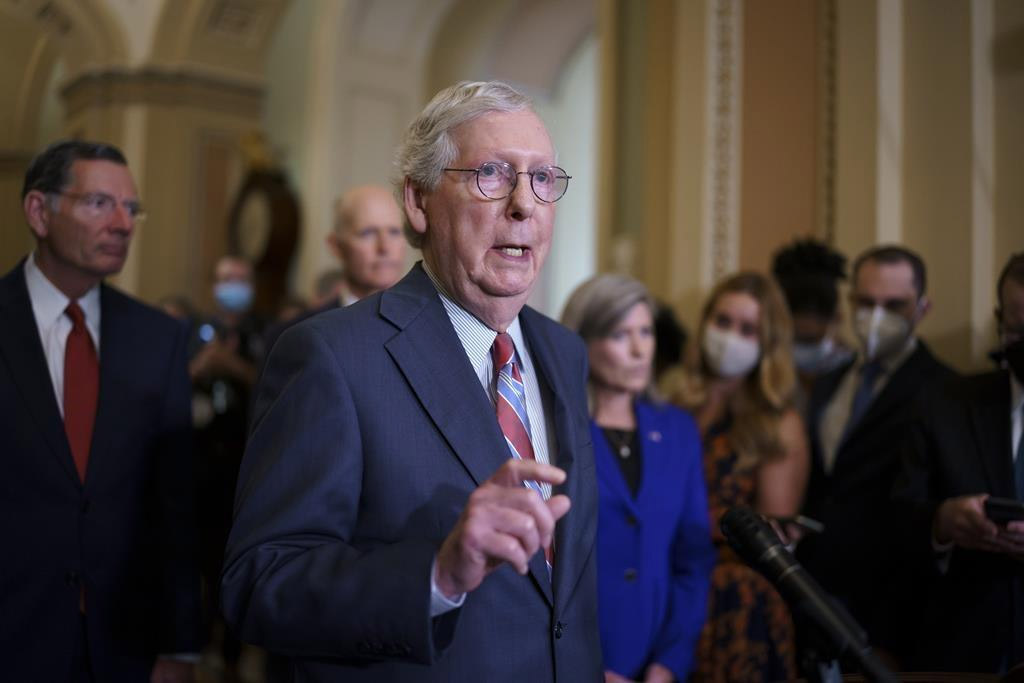 Washington, Sept 15: House Democrats began the serious work of trying to implement President Joe Biden’s expansive spending plan, but getting there will require remarkable legislative nimbleness, since Biden has said the revenue to pay for it must come only from Americans who earn more than USD 400,000 a year.
Republicans, who have vowed lockstep opposition to the plan, turned their anger against proposed tax breaks they portrayed as subsidies for wealthy elites rather than help for the poor and middle class. Electric vehicles became a rallying symbol as class-warfare overtones echoed through a committee session.
The Democrats are proposing that the top tax rate rise back to 39.6 per cent on individuals earning more than USD 400,000 — or USD 450,000 for couples — in addition to a 3 per cent surtax on wealthier Americans with adjusted income beyond USD 5 million a year. For big business, the proposal would lift the corporate tax rate from 21 per cent to 26.5 per cent on companies’ annual income over USD 5 million.
“Look, I don’t want to punish anyone’s success, but the wealthy have been getting a free ride at the expense of the middle class for too long,” Biden tweeted Tuesday. “I intend to pass one of the biggest middle class tax cuts ever — paid for by making those at the top pay their fair share.”
The reach for revenue from the wealthy was even billboarded at the ultra-chic Met Gala in Manhattan Monday night. Rep. Alexandria Ocasio-Cortez, D-N.Y., a leading House progressive, wore a white gown with “Tax the Rich” in giant red letters emblazoned on the back (designer Aurora James).
For middle- and low-income people, tax help, not increase, is on offer as the House Ways and Means Committee digs into debate and drafting of tax proposals to both fund and buttress Biden’s ambitious USD 3.5 trillion rebuilding plan that includes spending for child care, health care, education and tackling climate change.
It’s an opening bid at a daunting moment for Biden and his allies in Congress as they assemble the “Build Back Better” package considered by some on par with the Great Society of the 1960s or even the New Deal of the 1930s Depression.
The proposals call for USD 273 billion in tax breaks for renewable energy and “clean” electricity, including USD 42 billion for electric vehicles and USD 15 billion for a “green workforce” and environmental items. Increases in the child tax credit to USD 300 a month per child under 6 and USD 250 monthly per child 6-17, which came in coronavirus relief legislation earlier this year, would be extended through 2025.
The House Energy and Commerce Committee, meanwhile, advanced proposals promoting clean electricity, investments in electric vehicles and other climate provisions. The 30-27 vote along party lines sends the energy measure forward as part of House Speaker Nancy Pelosi’s goal to approve the huge overall package.
The energy panel’s USD 456 billion slice is the most consequential for dealing with climate change and greenhouse gas emissions, along with the tax breaks debated by the Ways and Means Committee.
The Democratic proposals would invest USD 150 billion in grants to encourage power companies to provide “clean electricity” from renewable sources such as wind and solar. Electricity suppliers would receive grants based on how much clean electricity they provide, as part of Biden’s plan to stop climate-damaging fossil fuel emissions from US power plants by 2035.
All GOP lawmakers are expected to vote against the overall legislation. But Republicans are largely sidelined as Democrats rely on a budget process that will allow them to approve the proposals on their own — if they can muster their slight majority in Congress.
Democrats have no votes to spare to enact Biden’s agenda, with their slim hold on the House and with the Senate split 50-50, with Vice President Kamala Harris as the tiebreaker, if there is no Republican support.

But one Democratic senator vital to the bill’s fate, Joe Manchin of West Virginia, says the cost will need to be slashed to USD 1 trillion to USD 1.5 trillion to win his support. Manchin also has said he will not support a number of clean energy and climate provisions pushed by Democrats.
A day earlier, Biden appeared to respond to concerns about the plan’s size, saying the cost “may be” as much as USD 3.5 trillion and would be spread out over 10 years as the economy grew.
Republican lawmakers, who have denounced the Democratic spending plan as socialist and job-killing, also went after proposed tax breaks on Tuesday.
The Democrats propose to extend to five years the current USD 7,500 electric vehicle tax credit, with another USD 4,500 if a car is made by union workers, and USD 500 more for a US-made battery. But Republicans painted electric vehicles as a bourgeois-bohemian accessory to be subsidized by taxpayers, the latest symbol of excess.
“Speaking of outrageous green welfare, this bill allows a near-millionaire family to buy a USD 75,000 Beamer, Jaguar or Benz luxury electric vehicle — and their maid is forced to send them a USD 12,500 subsidy from her taxes,” said Rep. Kevin Brady of Texas, the panel’s senior Republican. “Why are blue-collar workers, nurses, teachers and firefighters subsidizing the wealthy and big business with a quarter of a trillion dollars in green welfare checks?” Hold on, said Rep. Dan Kildee, D-Mich. “We’re not going to subsidize the wealthiest buying luxury vehicles.” The legislation does impose caps on the sale price of the vehicle (USD 55,000 for a sedan) and the income of the buyer (USD 600,000 adjusted gross income for a head of household.)
The proposal hits another nerve for Republicans — Democrats’ support of labor unions — by adding incentives for vehicles and batteries manufactured by union workers.
As they slogged through the legislation, members of the majority Democratic committee voted down a series of Republican amendments seeking to tighten the limitations on electric vehicle credits and to eliminate other tax breaks denounced as smacking of progressive Democrats’ proposed “Green New Deal.”
The House tax proposal is pitched as potentially raising some USD 2.9 trillion — a preliminary estimate — which would go a long way toward paying for the USD 3.5 trillion legislation. The White House is counting on long-term economic growth from the spending plan to generate an additional USD 600 billion to make up the difference.
To reach the Democrats’ goal, much of the revenue raised would come from the higher taxes on corporations and the highest earners, increasing the individual tax rate to 39.6 per cent from the current 37 per cent.
Targeting wealthy individuals, the Democrats propose an increase in the top tax rate on capital gains for those earning USD 400,000 a year or more, to 25 per cent from the current 20 per cent. Exemptions for estate taxes, which were doubled under a 2017 Republican tax law to USD 11.7 million for individuals, would revert to USD 5 million.(AGENCIES)