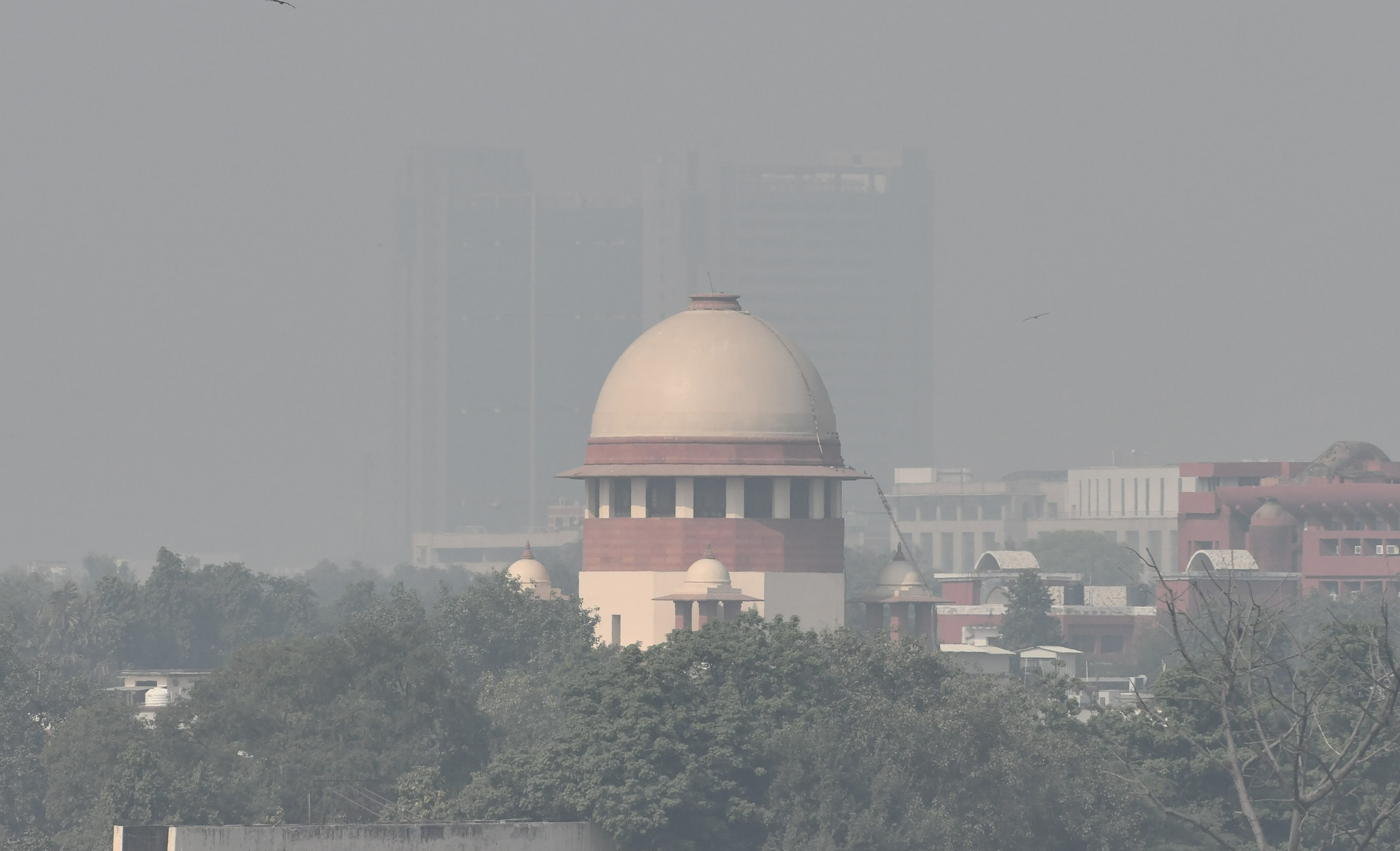 New Delhi, Nov 19: Delhi’s air quality continues to remain in the ‘very poor’ category for the sixth consecutive day on Friday, according to the System of Air Quality & Weather Forecasting & Research (SAFAR).
However, the overall Air Quality Index reduced from 362 on Thursday to 332 today.
The concentrations of PM 2.5 and PM 10 stood at 182 in the ‘very poor’ and 292 in the ‘poor’ category respectively.
According to the SAFAR bulletin, Delhi’s AQI will remain the same for the next two days.
“The AQI today indicates the very poor category and likely to improve but remain the same for the next two days as transport-level winds are coming from the east direction preventing intrusion of any pollutants from the stubble burning region. Local surface winds are low and mixing layer height is above 1 km resulting in moderate ventilation of near-surface pollutants,” it said in a bulletin.
Also, from November 21 onwards surface winds are likely to be strong resulting in effective dispersion that improves air quality.
“The effective farm fire count is 773 and its contribution to Delhi’s PM2.5 today is negligible,” it added.
As per the India Meteorological Department (IMD), Delhi today recorded a minimum temperature of 12 degrees Celsius (°C), while the maximum temperature recorded was 27 degrees Celsius (°C).
Earlier, IMD’s outlook had predicted that the air quality is likely to remain in the ‘Very Poor’ category and “improve significantly from November 21 owing to relatively strong winds.”
An AQI between zero and 50 is considered ‘good’, 51 and 100 ‘satisfactory’, 101 and 200 ‘moderate’, 201 and 300 ‘poor’, 301 and 400 ‘very poor’, and 401 and 500 ‘severe’.
The entry of trucks in Delhi except those carrying essential commodities has been stopped till 21 November 2021.
Construction and demolition work has also been banned till November 21 in Delhi, while schools and other educational institutes will remain closed in the national capital until further orders, Rai informed.
On Thursday, Delhi Environment Minister Gopal Rai had said that Delhi’s contribution to air pollution is 31 per cent and the remaining 69 per cent of the pollution is from outside Delhi, adding that it is impossible to curb pollution without a joint-action plan by the Centre. (Agencies)