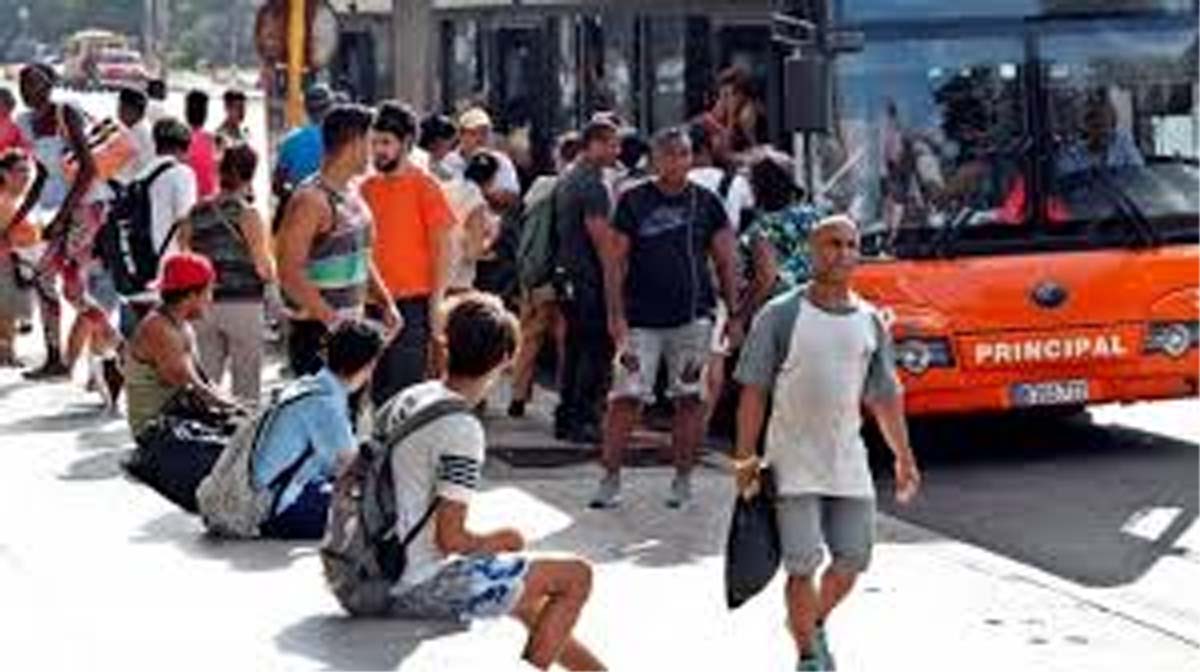 HAVANA, Oct 3:Measures recently adopted by the Cuban government to cope with fuel shortage are supported by average Cubans who are familiar with the power of solidarity to overcome decades of US sanctions.
Cuban President Miguel Diaz-Canel recently denounced the US government for trying to prevent “the delivery of fuel in Cuba” and threatening “the shipping and the insurance companies involved in these operations.”
US President Donald Trump’s administration has stiffened the 50-year trade embargo against the Caribbean island, citing Cuba’s support for Venezuelan President Nicolas Maduro.
“This scenario forces us to apply timely measures to optimize the use of the energy resources we have at the moment,” Diaz-Canel said.
The Cuban government immediately took a series of steps, including instructing state-owned companies to put their vehicles at the service of public transit, one of the sectors worst hit by the lack of diesel.
“These are good and necessary measures,” said Jorge Jaime, a senior public-sector employee, as he waited for a vehicle to take him to work.
Along Havana’s main avenues, the Ministry of Transportation has stationed officials to ensure government vehicles don’t circulate empty.
“There are bus stops without inspectors, but the drivers conscientiously stop to see where people are going and whether they can take them,” said Veronica Garcia, a primary school teacher.
The fuel shortage has awakened a sense of solidarity that is helping to alleviate the problems, she said.
Ivo Zuaznabar, a construction worker, agreed, noting “drivers have responded well to the government’s request, that’s why the bus stops are less crowded.
“We have been in other similar situations and the measures taken have allowed us to move forward,” added Zuaznabar, referring to the acute economic crisis of the 1990s, a decade Cubans refer to as the “Special Period.”
That crisis—generated by the fall of the Soviet Union and the East European communist bloc—forced Cuban authorities to take drastic austerity measures, including cutting off electricity for long periods.
Prolonged blackouts are not expected this time around, though the government has resorted to such “Special Period” tactics as scaling back operations at factories and other entities that consume a lot of energy, and cutting back on transport itineraries between provinces.
Authorities have also recommended telecommuting for civil servants and other professionals who can work from home.
According to Diaz-Canel, fuel supplies should gradually normalize in October, though austerity measures will continue to save diesel.
Cuba’s domestic oil output covers 47 per cent of the island’s energy needs, and the rest must be imported, mainly from Venezuela.
A National Economic and Social Development Plan calls for 24 per cent of the island’s electricity to come from renewable sources by 2030.
(agencies)