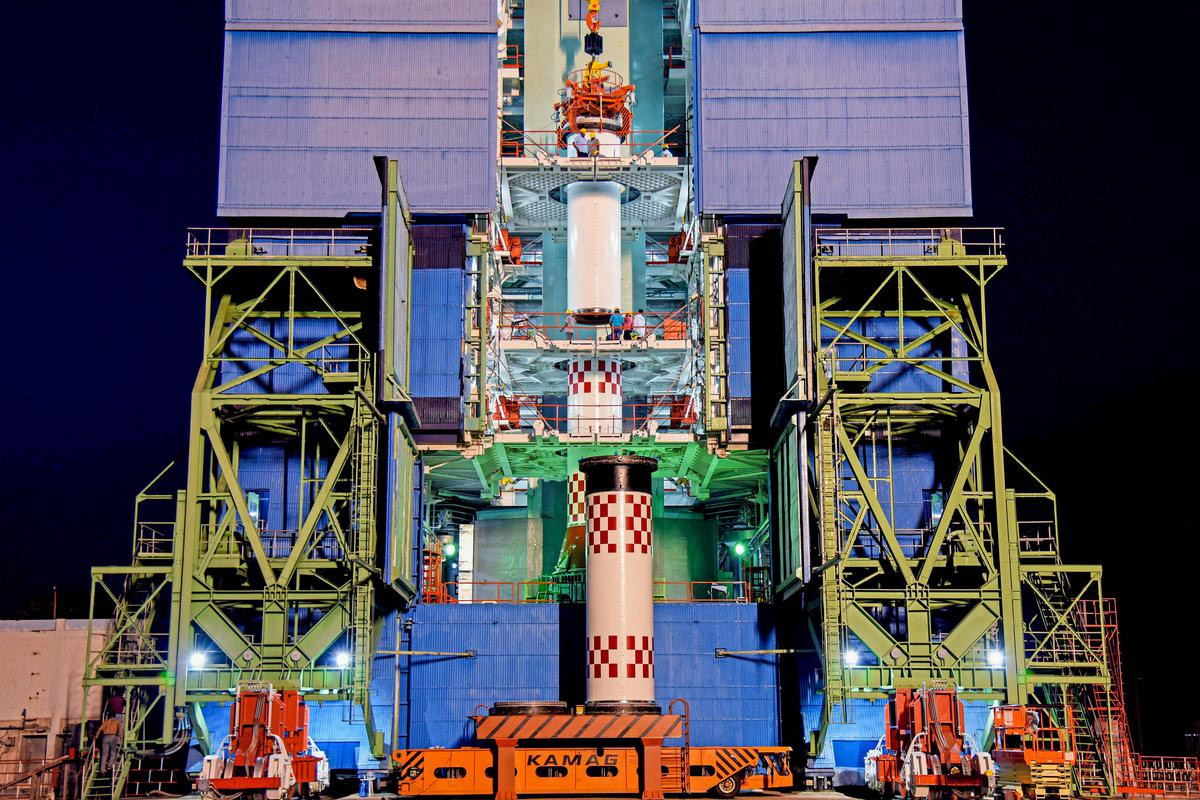 SRIHARIKOTA, AUGUST 7: The countdown for the launch of India’s maiden Small Satellite Launch Vehicle (SSLV) carrying an earth observation satellite and a student satellite commenced at 2.26 a.m. on Sunday, the Indian Space Research Organisation (ISRO) said.
ISRO has embarked on a mission to place satellites that weigh up to 500 kg into the 500 km low earth orbit, as it aims for a bigger share of the demanding SSLV market.
“SSLV-D1/EOS-02 Mission: the countdown commenced at 02.26hrs,” ISRO said on its website on Sunday.
The objective of the SSLV is to place satellites EOS-02 and AzaadiSAT, into low earth orbit.
The lift-off of the rocket is scheduled for 9.18 a.m. from the first launch pad at the Satish Dhawan Space Centre (SHAR) in Sriharikota, about 135 km from Chennai. About 13 minutes after launch, the rocket is expected to place the EOS-02 and AzaadiSAT into the intended orbit.
Unlike ISRO’s trusted workhorse — Polar Satellite Launch Vehicles (PSLV) — the SSLV can carry payloads weighing up to 500 kg and deploy satellites into a 500 km low earth orbit.
It uses solid fuel — hydroxyl terminated polubutadiene — to fire the first three stages which takes the payloads to the desired altitude. The fourth stage comprises liquid propulsion-based Velocity Trimming Module (VTM) to place the satellites into orbit.
The main payload on the 34-metre-tall rocket is the earth observation-02 satellite and co-passenger satellite AzaadiSAT, an 8-kg Cubesat designed by girl students from government schools across the country to mark the 75th anniversary of India’s Independence.
The earth observation satellite designed by ISRO offers advanced optical remote sensing operating in infra-red bands with high spatial resolution. EOS-02 belongs to the microsatellite series of spacecraft.
The objective of the EOS-02 is to provide inputs on thermal anomalies towards supporting applications in the domains of geo-environmental studies, forestry, hydrology, agriculture, soil, and coastal studies.
The AzaadiSAT carries 75 different payloads each weighing around 50 grams. Girl students from rural regions across the country were provided guidance to build these payloads which are integrated by the student team of ‘Space Kidz India’, ISRO said.
The ground system developed by Space Kidz India would be utilised for receiving the data from this satellite.
Sunday’s mission of ISRO is the third this year after the successful PSLV-C53 mission on June 30, which is the dedicated commercial mission of NewSpace India Ltd.
On February 14, ISRO successfully placed earth observation satellite EOS-04 on board its trusted workhorse PSLV-C52/EOS-04 mission.
The radar imaging satellite was designed to provide high quality images under all weather conditions for applications such as agriculture, forestry and plantations. (Agencies)