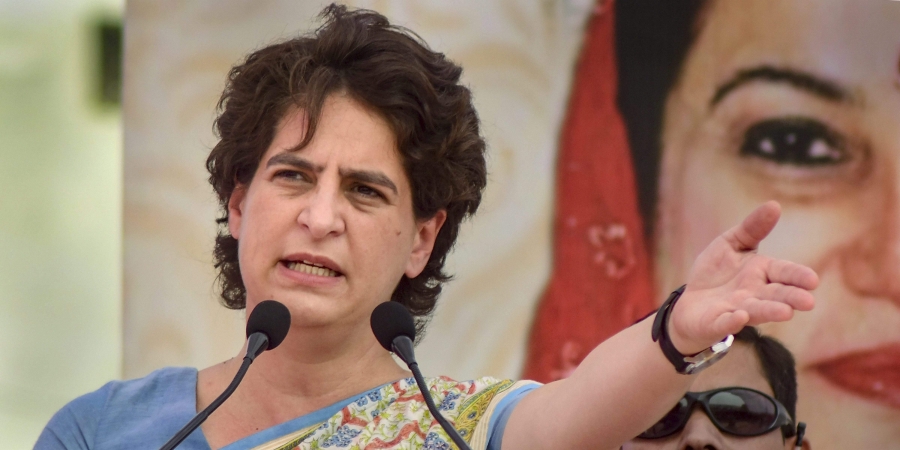 NEW DELHI, Sept 28: Congress MP Abdul Khaleque on Wednesday batted for Priyanka Gandhi to take on the mantle of party presidency, saying that being the daughter-in-law of the Vadra family, she is no more a Gandhi family member as per Indian tradition and should take up the post.
In a tweet, the Congress MP from Barpeta said, “As Shri Rahul Gandhi is denying to become @INCIndia President again, I consider @priyankagandhi as best candidate.”
“Being daughter in law of Vadra family, she is no more member of Gandhi family as per Indian tradition,” he said.
His remarks come a few days after Ashok Gehlot also said Rahul Gandhi has told him that he respects the wish of the party workers that he should take charge of the organisation but no one from the Gandhi family would become the next Congress president.
“I requested him multiple times. He has clearly said ‘I know, everyone wants me to take it up, PCCs have passed resolutions, the workers want it. I have a lot of respect for them but due to certain reasons, we have decided that a non-Gandhi family person should become the president’,” Gehlot had said.
Senior Congress leader Tharoor seems set to contest the polls for the top post but it is not clear who will be his electoral rival as the developments in Rajasthan have put a cloud over Ashok Gehlot’s candidature.
According to a notification issued by the party on Thursday, the process for filing nominations for the election will be held from September 24 to 30.
The date for scrutiny of nomination papers is October 1, while the last date for withdrawal of nominations is October 8.
The final list of candidates will be published at 5 pm on October 8.
The polling, if needed, will be held on October 17. The counting of votes will be taken up on October 19 and the results will be declared the same day.
More than 9,000 Pradesh Congress Committee delegates will vote in the poll. (PTI)