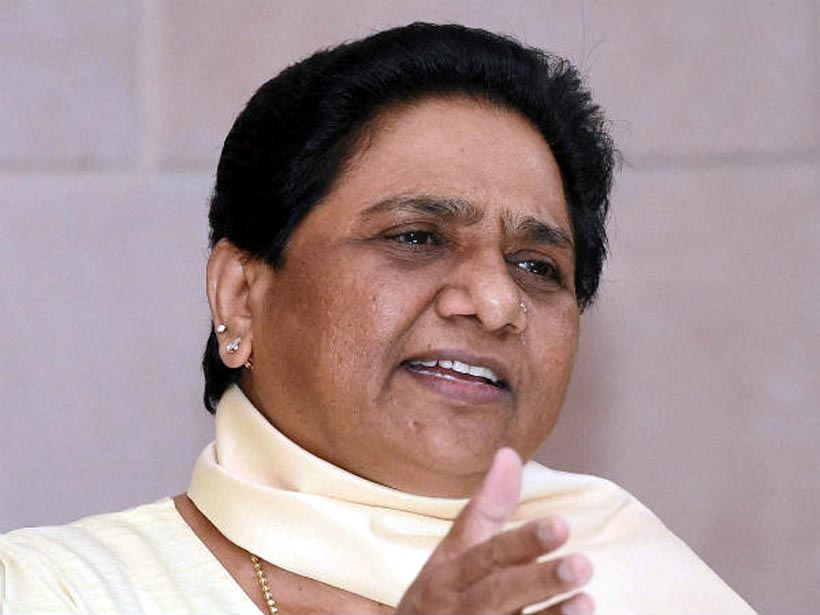 LUCKNOW, May 2:
Hitting out at both the BJP and the Congress, BSP chief Mayawati on Thursday accused the two national parties of having a tacit understanding in the ongoing Lok Sabha polls and unitedly working against the SP-BSP-RLD alliance in Uttar Pradesh.
Congressmen think it is not a problem if the candidates of the ruling Bharatiya Janata Party (BJP) win the electoral battle, but the nominees of the SP-BSP-RLD alliance should not win the polls, the former Uttar Pradesh chief minister alleged.
“Like the BJP, the Congress has started saying absurd things about the SP-BSP alliance. It is clear that both (Congress, BJP) have a tacit understanding and are contesting against our alliance unitedly,” Mayawati said, while appealing to the voters not to waste their votes by supporting the Congress.
Addressing a poll rally in Barabanki on Wednesday, Congress president Rahul Gandhi had alleged that the control of Mayawati and Samajwadi Party (SP) chief Akhilesh Yadav was in the hands of Prime Minister Narendra Modi.
“In the last five years, did the SP or the BSP take on Prime Minister Narendra Modi directly? Did you hear any statement from Mayawati or (SP patriarch) Mulayam Singh Yadav? See, I am not scared of Modi. I do not care. If someone is scared, it is Narendra Modi. But the control of Mayawati and Akhilesh is in the hands of Modi,” he had said.
Attacking the prime minister, Mayawati said, “He has made some comments on the BSP, taking the name of Bhim Rao Ambedkar. I want to tell him that Baba Saheb’s name might be for vote politics and self-interest for them, but he is the soul of the BSP. The BSP does not practice the politics of ‘Ramnaam japna, janta ko thagna’ (taking the name of Ram and duping people) like the BJP.”
“I want to advise the BJP that it should not try to become fake ‘Ambedkarwadi’ like the Congress,” she added in a statement issued here.
The Bahujan Samaj Party (BSP) supremo alleged that in line with the politics of caste and hatred, the Congress had fielded candidates to defeat the SP-BSP alliance in Uttar Pradesh and benefit the BJP.
“The Congress and the BJP do not want people who suffered due to casteism, communalism, capitalism to rule in any way. These parties are two sides of the same coin,” she said.
Stating that Mulayam Singh Yadav blessing Modi in Parliament was due to his “old age”, Mayawati said, “He never intends to bless Modi and this is known to all.”
“I want to tell the Congress that its president Rahul Gandhi is not old, but what was he doing by taking Modi in his arms? As the Congress and the BJP know that they will be wiped out from Uttar Pradesh in this election, they are upset,” she added.
Mayawati said the prime minister was mum on Pakistan for the last five years and now, during election time, he was showing all his courage to divert the attention of people from the core issues and hide the “failures” of his government.
“During its previous stint, the BJP not only took out Masood Azhar (of jail) but also left him abroad and now, they are trying to get votes in his name which is condemnable,” she added.
In a huge diplomatic victory for India, the United Nations Sanctions Committee designated Pakistan-based terror outfit Jaish-e-Mohammed’s chief Masood Azhar a global terrorist on Wednesday after China lifted its hold on a proposal to ban him. (PTI)